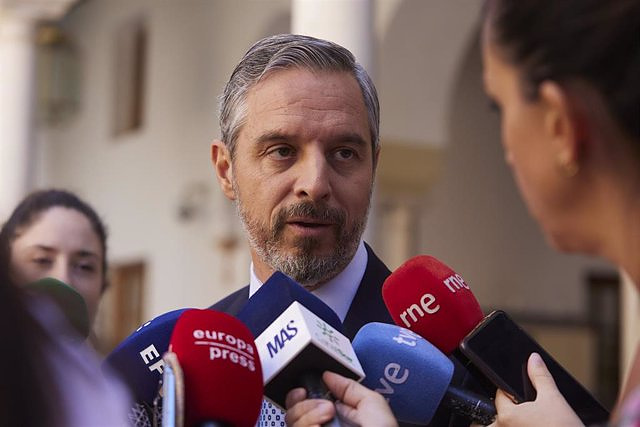 The Deputy Secretary of Economy of the PP, Juan Bravo, has assured this Monday that he sees invasion of powers in the tax on large fortunes announced by the Government and that the autonomous communities governed by the PP "are going to defend their powers to the end" to that their citizens not be required to pay taxes above what they had raised.

"I know that (the central government) finds it difficult, but we must begin to respect the powers", Bravo appealed, at a press conference from the PP headquarters on Génova street in Madrid, arguing that "when they do not do what you like it, what you cannot do is invade competitions". "Because the minister (of the Treasury, María Jesús Montero), does not like them to do it with her own either," he added.

In any case, the 'popular' leader has been waiting to verify the wording of the new tax - until now they only know about it from his presentation at a press conference - to decide on an appeal of unconstitutionality and "see if communities can undertake this defense" of their powers.

Likewise, he has defended that this new tax and the rest of the fiscal measures announced are a "reaction" to the decision of the Andalusian president, Juan Manuel Moreno Bonilla, to abolish the application of the Wealth Tax, and the successive announcements of other communities, some of them governed by the PSOE, up to the fiscal plan announced by the Government.

‹ ›
Keywords:
PPMinisterio De HaciendaMaría Jesús Montero
Your comment has been forwarded to the administrator for approval.×
Warning! Will constitute a criminal offense, illegal, threatening, offensive, insulting and swearing, derogatory, defamatory, vulgar, pornographic, indecent, personality rights, damaging or similar nature in the nature of all kinds of financial content, legal, criminal and administrative responsibility for the content of the sender member / members are belong.
Related News