He proposes that it be the new CGPJ who makes a proposal to reform said system. 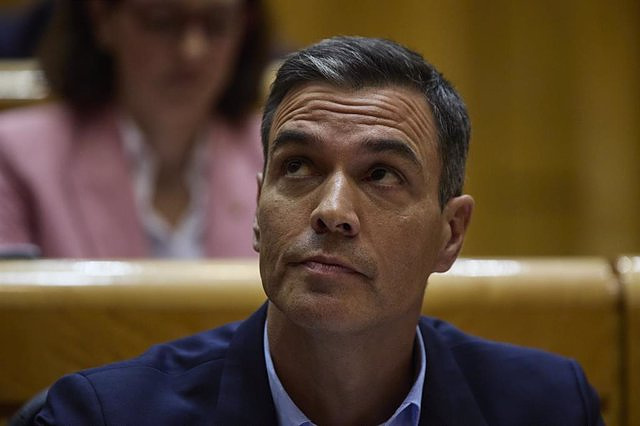 The deputy secretary for institutional action of the PP, Esteban González Pons, has sent a letter to the Minister of the Presidency, Félix Bolaños, in which he offers the Government to renew the General Council of the Judiciary (CGPJ), which has expired for almost four years, and then undertake the reform of the system for electing its members, based on a proposal prepared by the new CGPJ.

"My party does not give up promoting a legislative reform in which, as the EU requires, the judges elect the judges, and to execute it if the citizens offer us the confidence to do so, but we are also willing to elect this body with the current system We do not hide behind our discrepancy regarding the model to obstruct the renewal of the CGPJ", González Pons has indicated.

Consequently, he has made himself available to Bolaños to advance a series of proposals that, in his opinion, "would serve so that the nomination of candidates is not a mere distribution of quotas."

Of these, they highlight that the negotiation will take place in the Cortes Generales, "the body in charge of the appointment in accordance with the Constitution"; that he will not propose for the turn of jurists judges who have not been supported by their peers; and that it will be the CGPJ and the Constitutional Court (TC) who will elect their respective presidents, "without prior agreements or external indication of any kind."

In addition, González Pons has stated that, "simultaneously with the renewal process of the CGPJ, a bill will be presented, jointly by as many parliamentary groups that support this spirit of depoliticization of Justice", which would be processed through the urgent procedure.

That bill would include the repeal of the legal reform that prevents the CGPJ from exercising full powers while in office; and that "the newly appointed CGPJ (...) will present to the Chambers within a period of six months, from its taking of office, a proposal to reform the system for electing the members of the judicial shift."

The proposal, he has developed, should be aimed at improving "the independence of the process" and guaranteeing "a decisive participation of the judges and magistrates themselves in the election, taking into account for this" the models of European countries with constitutions similar to ours ".

In this way, the 'popular' erase the red line they had drawn, since until now they had conditioned the renewal of the current CGPJ, whose mandate expired in December 2018, to the modification of the mechanism by which the twelve members are elected of the judicial shift, so that the judges themselves appoint them, something that the Government had refused, urging beforehand to set up a new Council.

This script twist takes place after the president of the CGPJ and the Supreme Court (TS), Carlos Lesmes, demanded on Wednesday that the PP and PSOE renew the Council, threatening to resign if they did not reach an agreement in "weeks".

In fact, González Pons states in the letter that the PP shares "the concern" expressed by Lesmes and that he does not want to "miss the opportunity that the beginning of the judicial year has given us to try again to overcome this blockade."

The bill outlined by the PP would also contemplate "a regulation of the so-called 'revolving doors'", so that "judges and magistrates who are appointed to positions of political or government election, with a rank higher than that of director general, they will not be able to re-enter active service until two years have elapsed" since their termination.

To this he adds that "those who have held positions linked to politics in the immediately preceding five years may not be appointed members of the CGPJ."

In this section, it includes a specific mention of the "guarantees of independence of the State Attorney General's Office". Here he points out that "the possible disqualification of the State Attorney General will be expressly included and it will be established that those who have held political office in the previous five years will not be able to exercise this function."

He completes the table advocating a "regulation of the Qualification Commission" so that it "is established again with the purpose of collecting information from candidates for discretionary positions, in order to justify appointments."

It indicates that "all high-ranking officials in the judicial career will be appointed by a three-fifths majority (13 votes out of 21)" of the CGPJ and, specifically, that "to be appointed a magistrate of the TS, a seniority of 25 years of experience will be required. active service in the judicial career, without being able to compute for these purposes the years of special service of any kind".

It launches other proposals, such as "increasing the judicial staff in terms of the number of judges", summoning 200 more places per year so that in five years the increase in the judicial staff will be one thousand with the aim of responding to the growing litigation.

The PP also maintains the need to maintain the current system of access to the judicial career by opposition and the "modification of the autonomous magistrate", with which "the list formulated by the legislative assemblies of the autonomous communities will cease to be binding for the CGPJ ".

González Pons has also alluded to the current situation of the Constitutional Court (TC), which since June 12 has been waiting for the Government and the CGPJ to appoint the two magistrates that correspond to each one in order to replace the four whose mandate expired in that date.

"I include the situation of the TC in our concern because I understand that institutional renewals have always been addressed as a whole," he said, alluding to the possibility that the Executive can advance in the appointment of its TC magistrates without waiting for the two of the CGPJ to complete the third established by the Magna Carta.

The PP negotiator for Justice issues has pointed out that from the PP they do not question "the Government's ability to freely appoint the two magistrates that correspond to it", although it seems "healthy" to consult the opposition for this type of decision, but he did lament "the pressures known in recent times.

However, he stressed that "a full constitutional regime requires a TC in which all citizens can trust." "Winning the TC for a government is losing it for the citizens. The polls grant a reasonable majority to the government in the negative legislator, but never one as abusive as the one that is being considered at the moment," he denounced.

González Pons recalled that all these approaches are developed in his 'Proposal to strengthen judicial independence and democratic quality in Spain', which was sent to the Government on July 11, and which he has re-attached to this letter.

"Honestly, I believe that the best service we can provide to Spain today is to sit down and renew, regenerate and, as far as we agree, reform the TC and the CGPJ. For our part, as I have told you, the hand is outstretched", has concluded, emphasizing that it awaits the response of the Government.

‹ ›
Keywords:
PPCGPJFélix Bolaños
Your comment has been forwarded to the administrator for approval.×
Warning! Will constitute a criminal offense, illegal, threatening, offensive, insulting and swearing, derogatory, defamatory, vulgar, pornographic, indecent, personality rights, damaging or similar nature in the nature of all kinds of financial content, legal, criminal and administrative responsibility for the content of the sender member / members are belong.
Related News