The PP denounces that the ETA iconography returns to the festive space of Vitoria: "It is a shame" 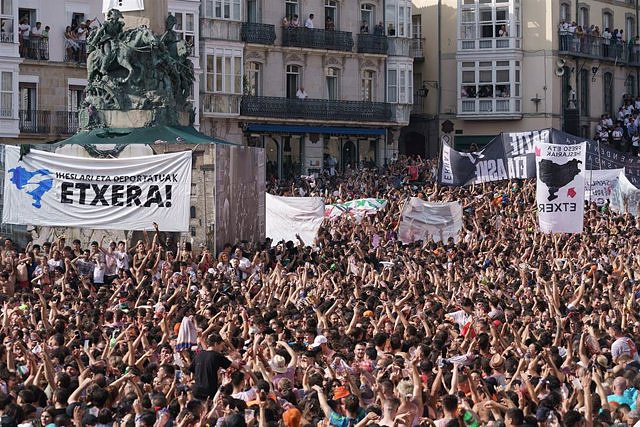 The president of the PP of Álava, Iñaki Oyarzabal, believes that it is "a shame that the ETA iconography once again presides over the festive space" at the Blanca de Vitoria-Gasteiz festivities.

Oyarzabal has referred to the posters and banners to demand "the return home" of the ETA prisoners that were seen this past Thursday in the Plaza de la Blanca in the capital of Alava during the descent of Celedón, an act that opens the festivities.

"It is a shame that ETA iconography is allowed to preside over the festive space in Vitoria-Gasteiz again, asking for impunity for terrorists. It offends the victims and any decent person. Get ETA out of our streets! Get out of our parties !", He has stated through social networks.

‹ ›
Keywords:
ETAPPVitoria
Your comment has been forwarded to the administrator for approval.×
Warning! Will constitute a criminal offense, illegal, threatening, offensive, insulting and swearing, derogatory, defamatory, vulgar, pornographic, indecent, personality rights, damaging or similar nature in the nature of all kinds of financial content, legal, criminal and administrative responsibility for the content of the sender member / members are belong.
Related News