The PP defends Ayuso's right to criticize Von der Leyen's measures, even if he does not agree with the party 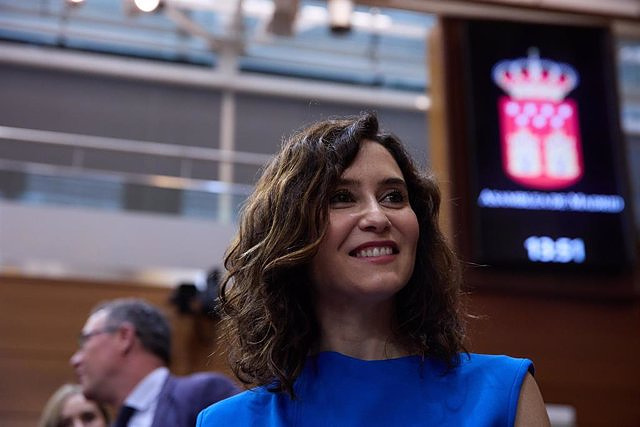 The general secretary of the PP, Cuca Gamarra, has defended this Tuesday the right of the Madrid president, Isabel Díaz Ayuso, to give her opinion as she deems appropriate, even if she does not coincide with the party's leadership, as has happened in the case of the exceptional measures of the European Commission in response to the energy crisis resulting from the war in Ukraine.

From Genoa they rejected the tax designed by the coalition government to tax the income of energy companies and banks, and they distinguished it from the rate announced by the president of the European Commission, the Christian Democrat Úrsula Von der Leyen, who does support the PP.

But the president of the Community of Madrid, Isabel Día Ayuso, has criticized the emergency energy measures announced by the European Commission, which she considers a "tremendous mistake". "They do not go to the underlying problem and the only thing they do is in the end affect the pockets of citizens. The same thing always happens. I think that because electricity companies, banks, and companies are doing worse, they are not doing better to the people", he stated in an interview on 'Onda Cero', collected by Europa Press.

Asked in Congress about this divergence, Gamarra began by questioning whether Ayuso had spoken of a "tremendous mistake" and in the end he remarked that the PP is the "party of freedom" in which all its leaders are free to give their opinion. , even if they do not coincide with the national address.

"This is the party of freedom and one of our great things is to be able to say at all times what we think and what we think - he has proclaimed -. It is a value to safeguard, being able to say our opinions even if they do not coincide at times ".

In any case, he wanted to make it clear that Ayuso's statements do not affect the party's position, "which has been clear on this matter." Thus, he has reiterated that the PP defends this tax on extraordinary benefits as an "exceptional measure" and intended to favor citizens and industries most affected by the rise in energy prices.

‹ ›
Keywords:
Comisión EuropeaPPUcraniaDíaz Ayuso
Your comment has been forwarded to the administrator for approval.×
Warning! Will constitute a criminal offense, illegal, threatening, offensive, insulting and swearing, derogatory, defamatory, vulgar, pornographic, indecent, personality rights, damaging or similar nature in the nature of all kinds of financial content, legal, criminal and administrative responsibility for the content of the sender member / members are belong.
Related News