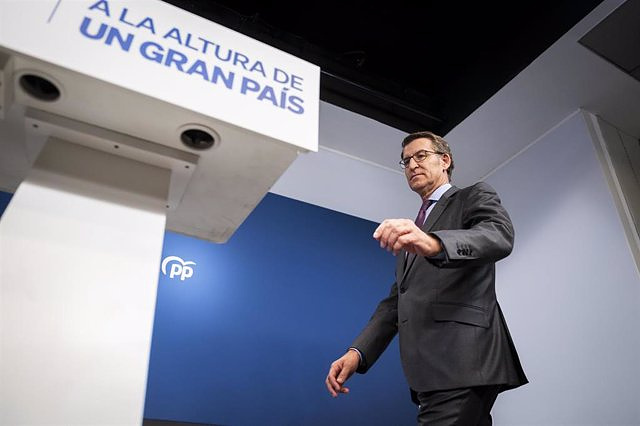 The PP wants the government to clarify its plan so that the Spanish citizens linked to the Islamic State who are preparing to repatriate from northeastern Syria do not represent a danger to society, as well as the steps being taken for their return to Spain.

The deputies of the PP Valentina Martínez, Pablo Hispán and José Antonio Bermúdez de Castro have presented a parliamentary question to the Government, to which Europa Press has had access, in which they are interested in knowing "what kind of risks Spain runs by having three Spanish forces in Al Hol and Al Roj", the displacement camps in northeastern Syria.

In their question, dated November 15 and which has not been known until now, they ask the Executive to clarify what plan it has so that, if the repatriation occurs, these women "can rejoin society without this representing any danger due to the radicalization of Islamic State".

Likewise, they are interested in knowing the "advances" that have been made with regard to said repatriation and the situation in which these Spaniards and their children find themselves in the Syrian camps.

Government sources have confirmed this Monday to Europa Press that the Government intends to repatriate these three women before the end of the year, as well as a Moroccan widow of a Spaniard, and the 16 minors in their care.

Finally, the PP has asked the Government the reason for the "differential treatment" in the case of the Spanish women trapped in Syria and their children and that of the young Spaniard Mario Josué Prieto, arrested in Cuba and sentenced to 12 years in prison for participating in the anti-government demonstrations of July 11, 2021 on the island.

‹ ›
Keywords:
PPDaeshSiria
Your comment has been forwarded to the administrator for approval.×
Warning! Will constitute a criminal offense, illegal, threatening, offensive, insulting and swearing, derogatory, defamatory, vulgar, pornographic, indecent, personality rights, damaging or similar nature in the nature of all kinds of financial content, legal, criminal and administrative responsibility for the content of the sender member / members are belong.
Related News