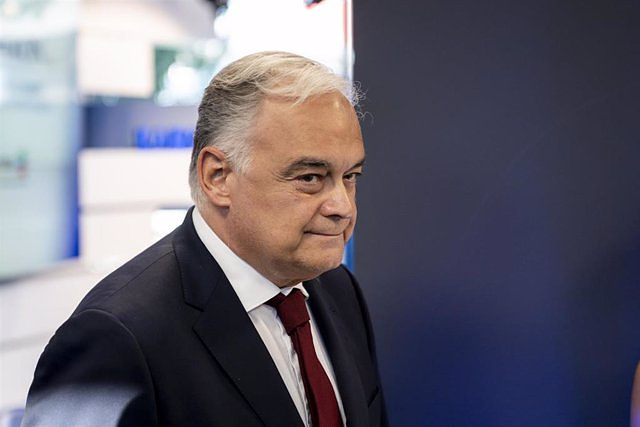 The Institutional Deputy Secretary of the Popular Party, Esteban González Pons, has accused the Government of attacking the division of powers with the two candidates to renew the Constitutional Court because "they are two members of the Executive" and has warned that the European Union will react.

In these terms, the 'popular' leader has expressed himself in an interview on Onda Cero, collected by Europa Press, after learning that the Council of Ministers this Tuesday the Government will approve the appointments of the former Minister of Justice Juan Carlos Campo and the former Moncloa minister Laura Díez as new magistrates of the Constitutional Court (TC).

Pons has pointed out that, from an institutional point of view, they are "two members of a State power making entryism to another State power" beyond the progressive "bias" of the candidates who would change the majority in the TC. "It is not about progressivism, it is about governmentality," she added, at the same time that he pointed out that this is what worries them from the PP.

Thus, he has emphasized that neither Campo nor Díez Bueso are "suitable" for the TC and that, furthermore, both will have to abstain from "any decision" that has to do with the laws approved by this Government. "I think the European Union is going to have to say something about the Spanish division of powers and the rule of law," he pointed out.

Immediately afterwards, the deputy secretary of the PP has stressed that Campo was the one who launched the pardons for those convicted of the process and "hit the Supreme Court with an ax, breaking its sentence against all its technical criteria." Thus, he has ensured that he is "the man who does the government a favor by hitting the division of powers." And it is that, according to Pons, he "is the explorer that the Government sends to the TC to colonize it."

In addition, Pons recalled that in the negotiations in which he participated with the Minister of the Presidency, Félix Bolaños, to renew the body for the election of judges, they had established that "no judge who came out of politics could hold any political position continuation" and that the judges who held institutional positions had to be "completely depoliticized".

"These two appointments could not have taken place," he assured, while criticizing that these appointments confirm that while the government "pretended" to negotiate with the PP, "with whom they had negotiated is with the independentistas," it has settled.

‹ ›
Keywords:
PPUETribunal Constitucional
Your comment has been forwarded to the administrator for approval.×
Warning! Will constitute a criminal offense, illegal, threatening, offensive, insulting and swearing, derogatory, defamatory, vulgar, pornographic, indecent, personality rights, damaging or similar nature in the nature of all kinds of financial content, legal, criminal and administrative responsibility for the content of the sender member / members are belong.
Related News