He sees a "frivolity" that these parties talk about "dismantling public health and says that it is Sánchez who must provide solutions. 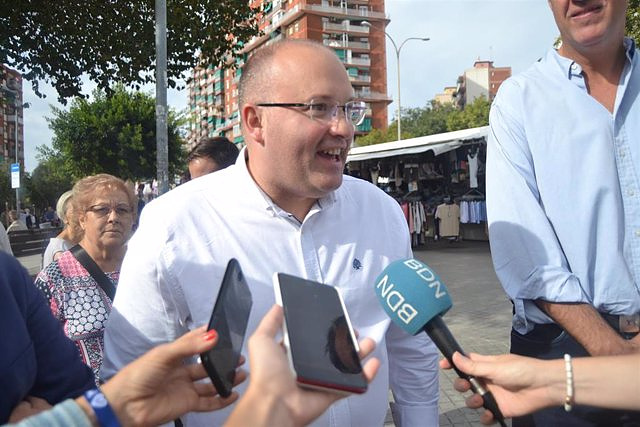 The Deputy Secretary of Organization of the PP, Miguel Tellado, has accused the PSOE and United We Can of "politically using" the protest for health in Madrid when this "problem" affects all of Spain. After assuring that it is "frivolity of the highest caliber" for these parties to speak of "dismantling public health" when 10,000 million euros per year are allocated, he stressed that it is the Government of Pedro Sánchez that must "provide solutions" because there is a lack of doctors throughout the country.

This is how Tellado has pronounced himself in an interview on RNE, which has been collected by Europa Press, a day after the center of Madrid was filled with tens of thousands of people who have demonstrated against the "mistreatment" of public health. Between 200,000 people, according to the Government Delegation, and 670,000 people, according to the organizers, have marched in four columns through the streets of the capital until they converged in a unitary block in Cibeles.

When asked if the PP is concerned that the proposal on health in Madrid will become entrenched six months before the elections and affect it electorally, Tellado has admitted that there is a "fundamental problem" because "there is a lack of doctors throughout Spain , not only in Madrid", which especially affects primary care and paediatrics.

"What we saw yesterday is a demonstration of people who are concerned about this lack of doctors and, at the same time, what we have seen in the same streets and sharing space is a political instrumentalization of that protest by the PSOE and Podemos" , has declared.

In this sense, the leader of the PP has criticized PSOE and Podemos for the "political use of a conflict that is not only in the Community of Madrid but affects all the communities in Spain and that should be resolved by the Ministry of Health and the Ministry of Education".

Tellado has stressed that the autonomies have been demanding for years that the demand for more MIR vacancies be addressed from the Ministries because that would allow them to have more doctors, but he has complained that the Government of Spain "has not attended to this demand."

The Galician senator of the PP has highlighted that the Community of Madrid has "the highest budget in Health in its entire history" and has added that "it has never had so many doctors available to all citizens".

"That there is a problem, of course, but it is not unique in the CAM, it affects all the Autonomous Communities of Spain and the one who must provide solutions is the Government", he stated, insisting that "talking about dismantling" public health As the PSOE and Podemos say, it is a "frivolity of the highest caliber" because "10,000 million euros a year" are allocated.

As for his belief that the Madrid president, Isabel Díaz Ayuso, is reacting appropriately to this health protest, Tellado has acknowledged that "there is a lack of doctors and personnel" and has reiterated that they are the Ministry of Health and the Ministry of Education those who can establish the mechanisms so that there are more doctors. "And they must," she has demanded.

That said, he has been convinced that the Government of the Community of Madrid "is adopting all the necessary measures so that with a shortage of doctors, public services are attended to in the best possible way."

"But there are more doctors than ever in the CAM. An effort is being made and I would ask the PSOE and Podemos not to try to obtain in the street what they do not obtain at the polls. They are once again in the usual mechanism, in the instrumentalization policy of absolutely everything," he said.

According to Tellado, the demand for improvements in public health is "very legitimate on the part of the citizens", but "of course neither the PSOE nor Podemos have the legitimacy to demand absolutely nothing because the Government of Spain, which they jointly make up, could adopt measures that would solve the problem throughout Spain".

‹ ›
Keywords:
Pedro SánchezPSOEPodemosPP
Your comment has been forwarded to the administrator for approval.×
Warning! Will constitute a criminal offense, illegal, threatening, offensive, insulting and swearing, derogatory, defamatory, vulgar, pornographic, indecent, personality rights, damaging or similar nature in the nature of all kinds of financial content, legal, criminal and administrative responsibility for the content of the sender member / members are belong.
Related News