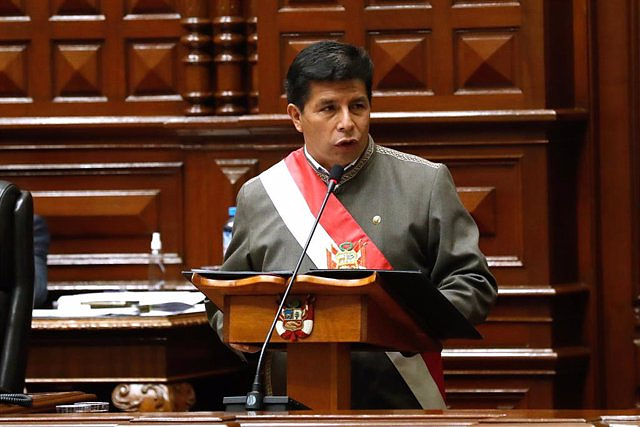 The Peruvian Prosecutor's Office announced this Monday its decision to expand the preliminary investigation against the president, Pedro Castillo, incorporating two advisers to the Presidency in the case for the alleged commission of criminal organization crimes.

"The Prosecutor of the Nation has arranged to expand the preliminary investigation of the President of the Republic for the alleged crime of criminal organization and incorporate Beder Camacho and Eder Vitón as investigated for this crime," the Public Ministry said in a statement in Twitter.

Specifically, the Prosecutor's Office has decided to introduce the Undersecretary of the Presidency, Beder Camacho, into the investigation for allegedly covering up Castillo's former adviser Bruno Pacheco, who was a fugitive from Justice for almost three months, according to the Peruvian newspaper 'La República' .

On the other hand, the advisor to the technical office of the Presidency, Éder Vitón, is charged with crimes of criminal organization, according to the aforementioned newspaper.

On July 23, the Peruvian Prosecutor's Office decided to open an investigation against Castillo for an alleged crime against the administration of justice or personal concealment, after former Interior Minister Mariano González accused him of obstructing Justice.

González accused the Peruvian president of hindering the work of the country's Intelligence Services so that they did not find the whereabouts of the fugitives Bruno Pacheco, Juan Silva and Fray Vásquez Castillo, the president's nephew.