The PDeCAT no longer believes that the PSOE is going to reform the crime of embezzlement, given the climate of tension 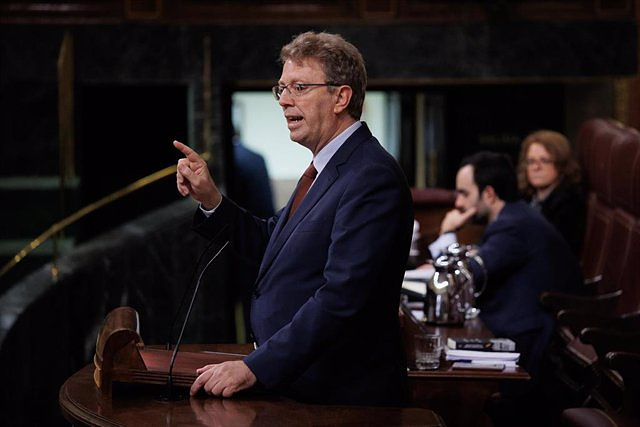 The PDeCAT spokesman in Congress, Ferran Bel, expressed this Saturday his "doubts" that the PSOE promote a reform of the crime of embezzlement, just as it has done with sedition, since, in his opinion, a debate on the matter what should be "serene" is "muddy" and there is excessive "tension".

The PDeCAT was one of the parties that supported last Thursday night the PSOE and United Podemos bill to eliminate the crime of sedition, which supported the convictions of the leaders of the 2017 independence process.

In statements to the RNE 'Parlamento' program, collected by Europa Press, Ferran Bel believes that the next step should be the reform of the crime of embezzlement, which was also applied to the leaders promoting the illegal referendum of 2017, but he does not see it as being possible.

The PDeCAT deputy in the Lower House maintains that the modification of the crime is "reasonable" because the Spanish Penal Code cannot punish this crime in the same way if it is linked to cases of corruption or not, for which he has requested "efforts" . "Often it is identified exclusively with corruption and it is not always like that", he has lamented him.

But he acknowledges that a "serene debate" is needed to undertake this reform, since he sees a climate in Congress of "excessive political tension" and "radicalization of positions." And he points particularly to the PP, which as a "party with a certain sense of State", would have to participate in this debate. Bel is convinced that, "under normal conditions", the parliamentary arch could "agree" to proceed with the reform.

Questioned about whether it is possible to prevent the reform from benefiting those convicted of corruption, the pro-independence deputy from the old Convergència maintains that, if desired, "there are solutions" to achieve it.

In this sense, he has rejected that the PSOE "regrets" that the former president of the Junta de Andalucía José Antonio Griñán may be favored when proposing the reform. And it is that, to avoid his conviction for embezzlement in the ERE case, what Griñán's defense alleges is precisely that the former Andalusian president did not personally profit from that money. For Ferran Bel, the fact of "putting names and surnames" to legislative modifications is always an "error".

‹ ›
Keywords:
Congreso De Los DiputadosPSOECataluña PolíticaPDeCAT
Your comment has been forwarded to the administrator for approval.×
Warning! Will constitute a criminal offense, illegal, threatening, offensive, insulting and swearing, derogatory, defamatory, vulgar, pornographic, indecent, personality rights, damaging or similar nature in the nature of all kinds of financial content, legal, criminal and administrative responsibility for the content of the sender member / members are belong.
Related News