The Parliament Bureau suspends Borràs as president with the support of PSC, ERC and the CUP 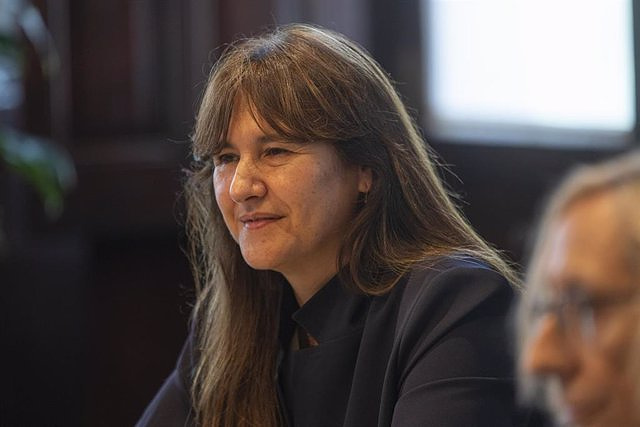 The Table of the Parlament has approved this Thursday to suspend the president of the Chamber, Laura Borràs, with the support of PSC-Units, ERC and CUP after the decision of the Superior Court of Justice of Catalonia (TSJC) to send her to trial for allegedly dividing contracts when he directed the Institució de les Lletres Catalanes (ILC), according to knowledgeable sources reported to Europa Press.

The vote in the Table has taken place after, in recent days, these parties have asked him to step aside voluntarily and that, if he does not do so, they would vote in favor of suspending it based on article 25.4 of the Regulations, which forces the Bureau to suspend deputies facing trial for crimes related to corruption.

In fact, Borràs made an initial intervention in the Table, before leaving the room, where he argued that his case does not fit the purpose of the article in the Parliament's regulations that contemplates the preventive suspension of deputies, and he asked members of the body who vote "in conscience".

‹ ›
Keywords:
ERCPSCParlament De CatalunyaCUP
Your comment has been forwarded to the administrator for approval.×
Warning! Will constitute a criminal offense, illegal, threatening, offensive, insulting and swearing, derogatory, defamatory, vulgar, pornographic, indecent, personality rights, damaging or similar nature in the nature of all kinds of financial content, legal, criminal and administrative responsibility for the content of the sender member / members are belong.
Related News