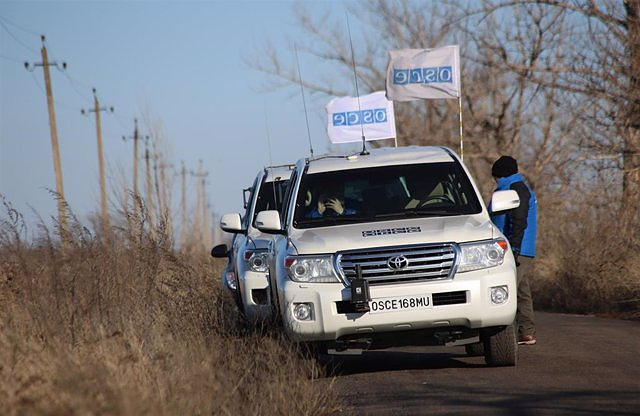 The Organization for Security and Cooperation in Europe (OSCE) has condemned on Tuesday the plans to hold referendums in the "occupied" territories in Ukraine and has warned that these will not have legal validity.

"Any election or referendum on the territory of Ukraine can only be announced and conducted by legitimate authorities in accordance with national law and international standards. Therefore, the planned 'referendums' will be illegal," the organization has detailed, claiming to the possible holding of these votes in the Ukrainian regions of Donetsk, Lugansk and Kherson.

In this sense, it has stressed that any referendum planned by "the forces that illegally exercise de facto control in the occupied territories of Ukraine", or with the support of them, would contravene international norms and obligations under International Law, for so its result will not have legal validity.

The authorities of the self-proclaimed republics of Donetsk and Lugansk, as well as the pro-Russian authorities of Jershon, announced this same Tuesday that the referendum on the possible accession of these territories to Russia will be held between 23 and 27 September.

For his part, the Russian Foreign Minister, Sergei Lavrov, has indicated that these initiatives, also proposed by the pro-Russian authorities in Zaporizhia, represent a sign of the population's desire to be able to determine whether they want to be part of Russia. "Since the beginning of the special military operation and, in general, in the preceding period, we said that the population of the respective territories should decide their future," he said. "The current situation confirms that they want to be masters of their destiny," he has settled.