The Government trusts that the text will be endorsed by the broadest consensus. 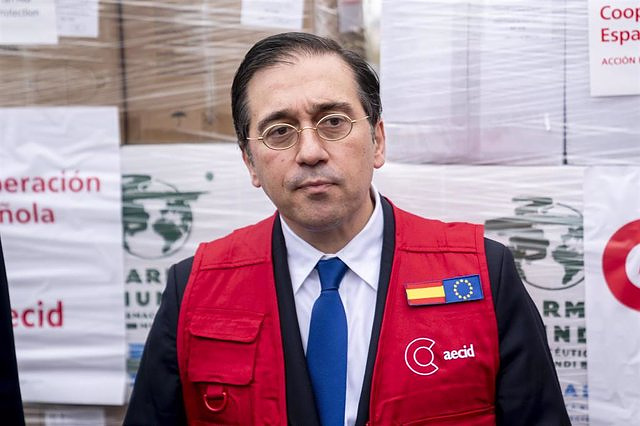 The future Law of International Cooperation for Sustainable Development and Global Solidarity will have to pass the filter of the Plenary of Congress this Thursday, with the doubt still as to whether the PP will give its support to the new norm and with the certainty that Vox will vote in against.

The main novelty of the new norm, which comes to take over from the 1998 Law on International Development Cooperation, is that it stipulates that Spain will allocate 0.7% of Gross National Income (GNI) to Official Aid Development (ODA) "on the horizon of the year 2030". The Government has set itself the goal of reaching 0.5% by the end of the current legislature and the forecast in the General State Budget (PGE) is that in 2023 it will reach 0.34%.

The Foreign Affairs Commission of Congress already gave its approval this week to Ponencia's report with a series of transactional amendments that the Government has agreed with the different parliamentary groups, with the exception of Vox. Those of Santiago Abascal presented an amendment to the entirety in September that was rejected and they have already expressed their rejection of the law.

In light of what was seen in the vote in the Commission, where only the PP joined Vox to vote against, it is to be expected that the new law will go ahead in plenary thanks to the favorable votes of PSOE and Unidas Podemos together with their members of the legislature and Citizens. The only unknown to clear up is whether the PP will vote in favour.

The spokesperson for the 'populares' in the Commission, Paloma Gázquez, announced that her party considers cooperation "a State policy" and therefore will try until the last moment to reach an agreement with the Government. "On our part, the effort will not remain," she stressed, hoping that the support of the two majority parties will be aroused, as happened with the 1998 law, with the PP then in Moncloa.

From the beginning, the Minister of Foreign Affairs, European Union and Cooperation, José Manuel Albares, has expressed his wish that the new law "be approved by the greatest possible consensus" since it is called to "endure over time".

During the debate in September for the amendment to the entire Vox, the minister maintained that it is an "ambitious, complete text that defines a new avant-garde model of cooperation" in addition to being the result of "participatory dialogue." What is being sought, he said, is a "deep and ambitious review of the cooperation system" that will allow "greater efficiency and impact in our actions" and will make Spain "a reference country" at the international level.

To achieve the desired broad support for the new regulation, which will also entail a subsequent reform of the Spanish Agency for International Development Cooperation (AECID) and the preparation of a new Cooperating Statute to dignify this profession, the Executive has agreed to a whole series of compromise amendments with the different parliamentary groups, including the PP.

Among the amendments that have prospered, thanks to the agreement between the PNV and PSOE, is the fact that it is specified that "at least" 0.7% of GNI will be allocated by the 2030 horizon, which opens the door for this figure can be exceeded, and that there will be "intermediate objectives set through the Master Plans of Spanish Cooperation".

The need for intermediate targets to be set had been raised by several groups in their amendments, including Ciudadanos and Podemos. In the case of the government partners, they wanted to go even further and set "medium-term goals to be achieved through the necessary allocations in the General State Budgets based on the budgetary availability of each year", but their request has not prospered.

Another aspect that has been added to the text initially presented by the Government is the fact that the Master Plan, which establishes the development cooperation policy, is drawn up by the Ministry of Foreign Affairs, is subject to public consultation and hearing and a Once this is done, it is the subject of debate and prior opinion in Congress and the Senate before its approval by the Council of Ministers, in accordance with an amendment signed by PSOE, Podemos, PP and Ciudadanos.

On the other hand, the role of the so-called decentralized cooperation, that is, that carried out by the autonomous communities and local entities, had been one of those that had given rise to the most amendments in terms of how this issue was addressed in the articles, mainly by the pro-independence parties, both Basque and Catalan.

Regarding this issue, the agreed text identifies decentralized cooperation as that which "is carried out from the autonomous communities within the framework of their powers and that developed by local and foral entities (town halls, provincial and foral councils, councils and island councils) ".

Likewise, it is argued that "it is one of the hallmarks and strengths" of Spanish Cooperation and "represents an important contribution to a more democratic cooperation system and to good governance based on complementarity and co-responsibility".

In this section, a paragraph has been expressly added in which it is emphasized that "the action of the autonomous communities in cooperation for sustainable development will be carried out according to their respective Statutes of autonomy and autonomous laws as the general lines established by their legislative assemblies or parliaments ".

It has also been included, as the pro-independence supporters claimed, that it may be associated with the cooperation of autonomous communities and local entities, "based on their specialization and capacities, to the activities that they develop in the field of initiatives and programs of the EU and other multilateral organizations.

In line with this, it has been expressly introduced that "the autonomous communities may participate in EU delegated cooperation programs under the terms established by community legislation and in a manner agreed with the State.

The different parliamentary groups have kept alive some of their amendments that have not been introduced in the text that will be voted on in plenary and that were rejected in the Foreign Affairs Committee. Among them, the one raised by Ciudadanos that wanted "at least 15%" of the ODA to humanitarian action stands out, compared to the initial text that sets this figure at 10%.

‹ ›
Keywords:
PPVOXDesarrollo Sostenible
Your comment has been forwarded to the administrator for approval.×
Warning! Will constitute a criminal offense, illegal, threatening, offensive, insulting and swearing, derogatory, defamatory, vulgar, pornographic, indecent, personality rights, damaging or similar nature in the nature of all kinds of financial content, legal, criminal and administrative responsibility for the content of the sender member / members are belong.
Related News