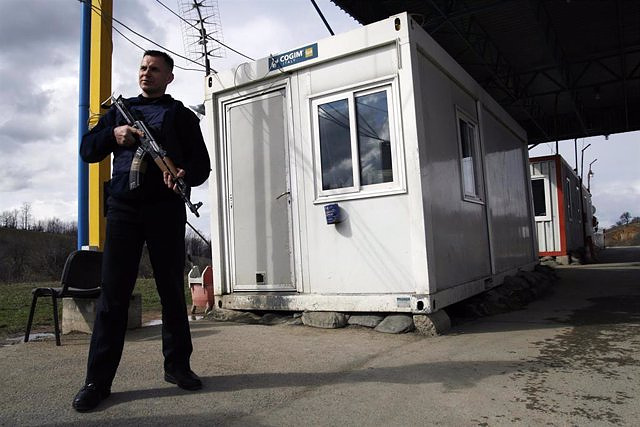 The NATO Force for Kosovo (KFOR) has monitored the unblocking of roads at border crossings in northern Kosovo, and has assured that it "closely follows the situation" in the context of increased tensions with Serbia.

"KFOR is closely following the situation in northern Kosovo with local and international security organizations. Under its UN mandate, KFOR remains firmly committed to security, ready to take whatever steps are necessary to keep Kosovo safe," he said. said on his official Twitter account.

The Prime Minister of Kosovo, Albin Kurti, appeared at a press conference on Monday together with the Minister of the Interior, Xelal Svecla, and asked the international community to react and punish "criminal acts and gangs in Kosovo".

On Sunday, Serbs erected barricades on the roads leading to Jarinje and Brnjak, protesting the Kosovo government's decisions on the application of a law - already postponed for a month - under which people from Serbia who entering Kosovo had to surrender their identity documents, which would be replaced by others issued in Pristina.

In addition, car license plates issued by Serbia for Kosovar cities with a Serb majority population were to be replaced by official ones from the breakaway region. The Kosovo government announced this morning that the measures will finally come into force in September after an increase in tensions on the border, where Serbia set up barricades.

Local media have reported this Monday that the Kosovo police and the KFOR forces have monitored the unblocking of the roads to the border points between the two countries in a conflict that, according to Svecla, has caused at least eleven injuries, as collected by 'Kosova Sot'.

‹ ›
Keywords:
OTAN
Your comment has been forwarded to the administrator for approval.×
Warning! Will constitute a criminal offense, illegal, threatening, offensive, insulting and swearing, derogatory, defamatory, vulgar, pornographic, indecent, personality rights, damaging or similar nature in the nature of all kinds of financial content, legal, criminal and administrative responsibility for the content of the sender member / members are belong.
Related News