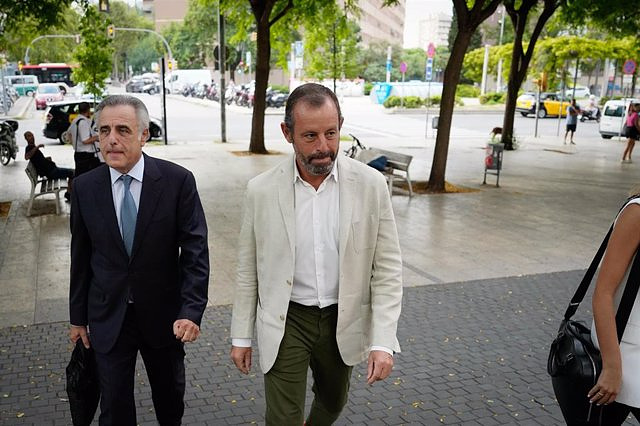 The National Court (AN) has rejected the complaint filed by the former president of the Barcelona Football Club Sandro Rosell against the former commissioner José Manuel Villarejo and other police officers, thus rejecting his request to appear as a private prosecution in the case known as 'Tándem ' nor in any of the separate pieces in which the private hiring of the retired police officer through his company CENYT is investigated.

In an order this Monday, to which Europa Press has had access, Judge Manuel García Castellón explains that the actions reported in Rosell's complaint against, among others, Villarejo do not meet the legally established budgets to recognize the condition of directly harmed by the facts by not appreciating "no indication" of the intervention of the retired commissioner.

"Without questioning the seriousness of the statements contained in the complaint, nor the possibility that such facts presented, indicatively, the appearance of a crime, this is different from the fact that such facts must be investigated within the framework of the present ones," he points out in his writing the head of the Central Court of Instruction Number 6, which investigates the macrocause on Villarejo.

In his complaint, which is part of the 'Operation Catalunya', Rosell attributes the alleged crimes of criminal organization; false accusation and complaint; false documentation and illegal detention.

‹ ›
Keywords:
Audiencia NacionalSandro RosellFútbol Club BarcelonaPolicíaComisario Villarejo
Your comment has been forwarded to the administrator for approval.×
Warning! Will constitute a criminal offense, illegal, threatening, offensive, insulting and swearing, derogatory, defamatory, vulgar, pornographic, indecent, personality rights, damaging or similar nature in the nature of all kinds of financial content, legal, criminal and administrative responsibility for the content of the sender member / members are belong.
Related News