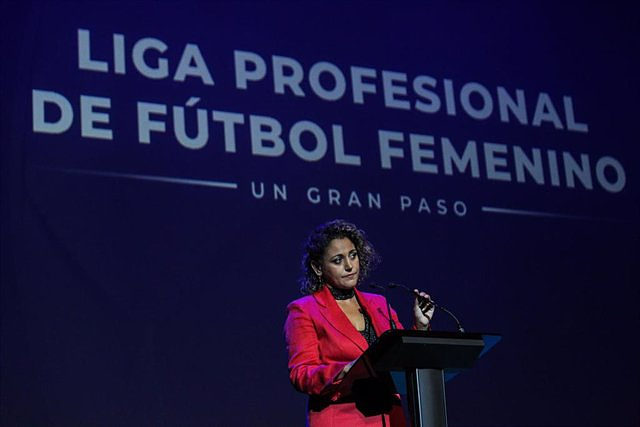 The Professional Women's Soccer League (LPFF) warns that it will not accept "any blackmail from any group or institution" and will not suspend the first day of the F League, the First Division, despite the indefinite appointment of the referees and assistants, insisting on taking "disciplinary complaints" and requesting the intervention of the Higher Sports Council (CSD).

The LPFF stressed in a statement after the one made by the collegiate members that "all the teams that participate in the Women's First Division will appear in the matches scheduled for this Saturday 10th and Sunday 11th September, at the time established for their dispute".

In addition, she and the clubs said they trust that the Arbitration Technical Committee and the Royal Spanish Football Federation (RFEF) "comply with their obligations and ensure the presence of the referees and assistants", reiterating that in the opposite case, it will proceed to "present the corresponding disciplinary complaints, requesting that the corresponding sanctioning measures be adopted for such a serious breach, including their disqualification."

"The LPFF, together with the participating clubs and SADs, will initiate the appropriate actions against the referees and assistants who fail to comply with their obligations to claim the damages that are generated," he added.

Finally, the employers made it clear that "it will not accept any blackmail from any *group or institution" and thanked "the shows of support that, mainly from fans and soccer players" they are receiving, while asking the Higher Sports Council to "use the necessary legal resources to guarantee the normal development of women's professional competition".