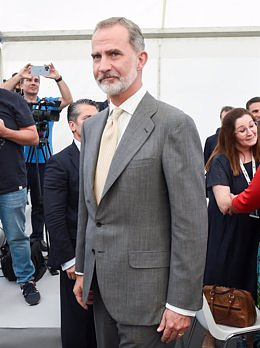 King Felipe VI will travel to Colombia to represent Spain this Sunday at the inauguration of President-elect Gustavo Petro, where he will be accompanied by the Minister of Foreign Affairs, European Union and Cooperation, José Manuel Albares.

Those who will not travel to Colombia will be the members of United We Can in the Executive, despite their public support for Gustavo Petro. The Second Vice President and Minister of Labor, Yolanda Díaz, and the Minister of Social Rights and leader of Podemos, Ione Belarra, did meet with him before the elections to talk about "the winds of hope that are blowing through Latin America," according to Diaz herself said.

Izquierda Unida will participate in the inauguration, represented by Íñigo Martínez Zatón, a member of the party's Federal Collegiate, who believes that Petro's "historic" victory opens "a new time of hope to build a new country that puts peace and life in the center".

During his stay in Colombia, the King will take the opportunity to hold meetings with the outgoing president, Iván Duque, and the incoming president of Colombia, as well as with the Spanish community.

The Government explained that the attendance of Felipe VI and Albares at the inauguration reaffirms Spain's will to "continue strengthening the solid ties of friendship that unite the two nations, accompanied by shared values ​​that benefit our citizens" .

The monarch is this week in Palma de Mallorca, where he has already held an audience with the President of the Government, Pedro Sánchez, the Balearic authorities and offered a reception to members of civil society. This same Saturday he is scheduled to present the trophies of a sailing regatta before traveling to Colombia.

Gustavo Petro was the most voted in the second round of the Colombian presidential elections with 50.49 percent of votes, obtaining a historic victory for the left, which for the first time manages to gain access to the Casa de Nariño, seat of the Presidency of Colombia.

Gustavo Petro started as the main favorite in the Colombian elections from the beginning of the campaign. The candidate for the Historical Pact presented himself with a platform focused on a radical change in Colombia's economic model, moving away from oil and coal.

It is the third time that Petro, 62, has stood for presidential elections in Colombia, but this time he was the favorite and the final winner.

Petro's project largely reflects the demands of the important social protests that shook the main streets of Colombia between 2019 and 2020 and that caused a political upheaval similar to that experienced in countries such as Chile, Ecuador or Peru.

‹ ›
Keywords:
ColombiaRey FelipeMinisterio De Asuntos ExterioresUE
Your comment has been forwarded to the administrator for approval.×
Warning! Will constitute a criminal offense, illegal, threatening, offensive, insulting and swearing, derogatory, defamatory, vulgar, pornographic, indecent, personality rights, damaging or similar nature in the nature of all kinds of financial content, legal, criminal and administrative responsibility for the content of the sender member / members are belong.
Related News