The keys to the elections in Italy: from the electoral system to the main candidates 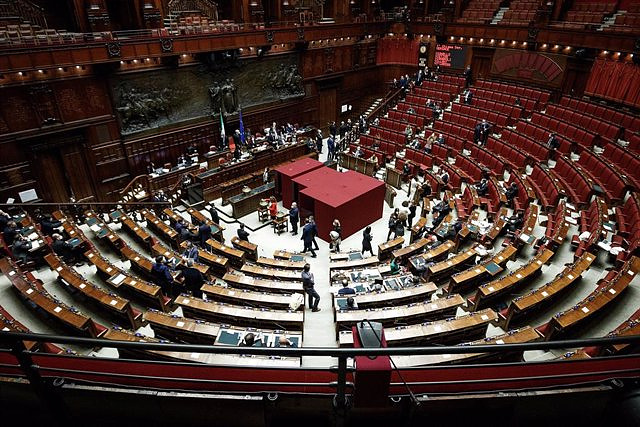 Italians are called to the polls this September 25 to determine the composition of the two chambers that make up Parliament. The reduction of seats will be one of the keys to this event, in which the electoral system that was already launched in the 2018 elections will be repeated.

A referendum in September 2020 endorsed a constitutional reform that involved lowering the number of seats in the Chamber of Deputies from 630 to 400. The number of senators appointed by popular vote was also reduced from 315 to 200.

The Constitution establishes that the renewal of the chambers must be carried out every five years, but in practice reaching the theoretical end of the legislature depends on the stability of the Government. The last elections, in fact, took place in 2018.

All citizens over 18 years of age have the right to vote, although until 2021 the threshold was 25 years for elections to the Senate. To present a candidacy for Congress, it is required to have turned 25 years old, while only those over 40 years of age can be senators.

Italy premiered in the 2018 elections the electoral system baptized as 'Rosatellum', in honor of the Democratic Party deputy who proposed the reform, Eltore Rosato. It establishes a double system for the distribution of seats and, theoretically, favors the implementation of blocs and the parties with the greatest territorial expansion.

36 percent of the seats are distributed through a system of single-member constituencies, in which the candidate who obtains the largest number of votes wins the seat. This formula will serve to distribute 147 seats in the Chamber of Deputies and 74 in the Senate.

Another 61 percent of legislators --245 deputies and 122 senators-- will be appointed from a proportional list system, with between one and eight seats per constituency, depending on their population.

The law reserves 2 percent of seats -- eight in the Chamber of Deputies and four in the Senate -- for Italians living abroad, also through a proportional system of party lists.

For coalitions, the minimum threshold is raised to 10 percent.

None of the last seven prime ministers that Italy has had had run for office as a candidate in an election, which shows the extent to which the country has been engaged in post-election negotiations or looking to technocratic leaders for urgent help in times of crisis.

The polls place the right-wing bloc ahead on this occasion, with Giorgia Meloni's far-right Brothers of Italy as favorites in voting intentions. Meloni aspires to be the first woman to lead an Italian government with the support of Matteo Salvini's League and Silvio Berlusconi's Forza Italia.

The other alliance with options leans towards the center-left and is led by Enrico Letta's Democratic Party (PD), which aspired to a large left-wing front and has finally had to settle for Green Europe, Italian Left and Civic Commitment --the latter created by Luigi di Maio--.

The 5 Star Movement (M5S), led by Giuseppe Conte, and the Third Pole that make up the parties of Matteo Renzi (Italia Viva) and Carlo Calenda (Action) observe this pulse between the two great blocs in the hope that their support can be key to forming a government.

The new Parliament will be constituted on October 13 and, although the contacts between the parties have foreseeably already begun by then, it will not be until after that date when the President of Italy, Sergio Mattarella, begins the consultations with a view to commissioning the formation of the Government .

Mattarella is free to give a name and, as Italy's recent history has made clear, he does not have to be the head of the list of the party with the highest number of votes. He does not even have to be a member of the Chamber of Deputies, in case the lack of agreement leads to resorting again to an external figure.