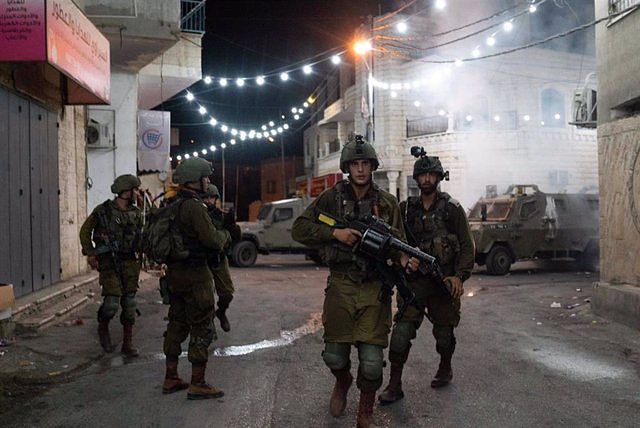 The Israel Defense Forces (IDF) have arrested 19 alleged members of the Islamic Jihad from the Gaza Strip during the early hours of this Saturday, as reported by the Israeli Armed Forces in a statement.

IDF fighters have arrested suspected terrorists in Jenin in the West Bank in several operations. More specifically, in the Binyamin Regional Council area, in Beit Sira and in the Qalandiya refugee camp, as reported by the Israel Army in a statement on Twitter.

"All suspects have been transferred to the security forces for further treatment. There are no casualties in our forces," the IDF has detailed.

The Israeli Army continues its work in the search and capture of suspects of belonging to the Palestinian Islamic Jihad in Israeli territory.

Overnight, it has targeted a number of strategic locations in the Gaza Strip, including weapons manufacturing facilities and rocket launch positions, 'The Times of Israel' has reported.

The first minutes of the so-called 'Dawn' operation have begun with the announcement of the death of a commander of the Islamic Jihad military forces in northern Gaza, identified as Taisir al Jabari, a death that has been confirmed by the militia itself .

After that, the parties have begun an exchange of missiles, both at different strategic points in the Gaza Strip, as reported by the Israeli authorities, and in Israeli cities, including Tel Aviv, as reported by the Al Quds Brigades, the armed wing of Islamic Jihad.