Hezbollah offers condolences to Islamic Jihad and reaffirms "its permanent and firm support" for the Palestinian people. 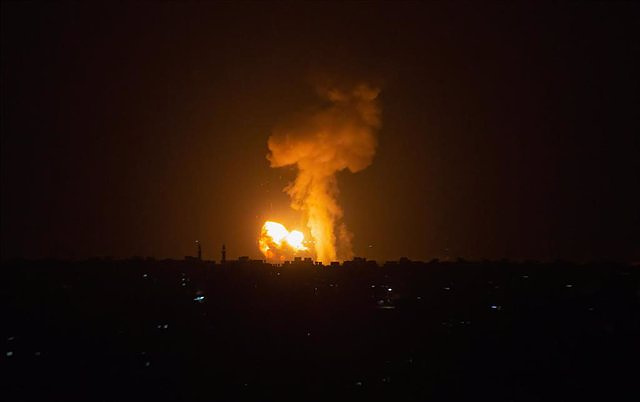 The secretary general of Islamic Jihad, Ziad al Najala, said on Friday that Israel should not wait for a truce from the Palestinian resistance.

"This is the day of victory, and the enemy should not wait for a truce. Today is a test of Palestinian resistance against this aggression," Al Najala said, according to the Al Mayadeen media.

For its part, the Lebanese Shiite militia party Hezbollah has offered its condolences to Islamic Jihad for the death of the organization's number two and several commanders in the Gaza Strip, Tayseer al Jabari.

Likewise, Hezbollah praised "the solidarity of all factions of the Palestinian resistance", while emphasizing unity to defeat the enemy and showing its "permanent and firm support for the oppressed Palestinian people and their courageous resistance to liberate their land and its prisoners and achieve their legitimate objectives", in a statement collected by the Maan agency.

In addition, Hezbollah has pointed out that Palestine is making "the most precious sacrifices" that will allow it to "continue until victory" against the "heinous and treacherous Israeli crime."

After the death of the Islamic Jihad commander and after several bombardments by the Israeli Forces in the Gaza Strip, the terrorist organization has launched an undefined number of missiles in retaliation, which have been intercepted by the Israeli 'Iron Dome' system ' and that have raised tension in the area.

According to the latest report from the Palestinian Ministry of Health, ten people were killed by Israeli missiles, including a 5-year-old boy, and 65 people were injured.