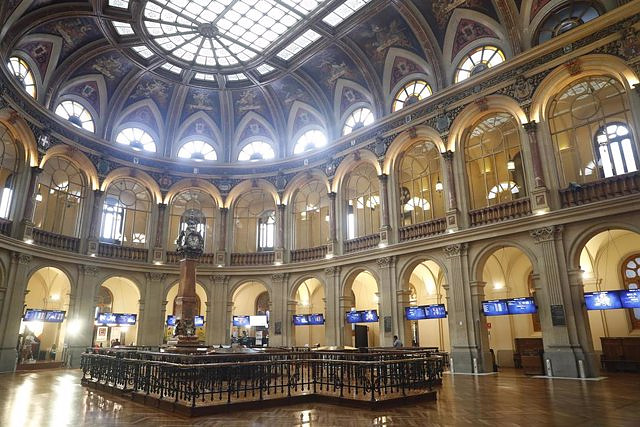 The Ibex 35 turned around and fell 0.91% in the mid-session on Tuesday, thus moving away from the 8,000 points that it won in the early stages of the day.

The selective stood at 7,920.5 points at twelve noon, pending the Federal Reserve's decision on interest rates, which could surprise with a rise of 100 basis points.

The environment continues to be marked by the energy crisis and the fear of a further tightening of monetary policy in the face of the new inflation figures.

At the macro level, it has been published that the Japanese consumer price index (CPI) closed the month of August at 3%, which represents an increase of four tenths compared to the increase in prices registered in the previous month and the highest year-on-year rate observed in the country since October 2014.

In Spain, the Spanish Public Treasury, a body dependent on the Ministry of Economic Affairs and Digital Transformation, has ordered six banks to place a new 20-year syndicated issue maturing on July 30, 2043.

Likewise, the debt of the public administrations as a whole reached 1,486 billion euros in July, a new historical maximum, after growing 0.8% in the monthly rate, for which it has chained three consecutive months on the rise, according to data published this Tuesday by the Bank of Spain.

Finally, the price of the euro against the dollar stood at 1.0001 'greenbacks', while the Spanish risk premium stood at 114 basis points, with the interest required on the ten-year bond at 3.028%.