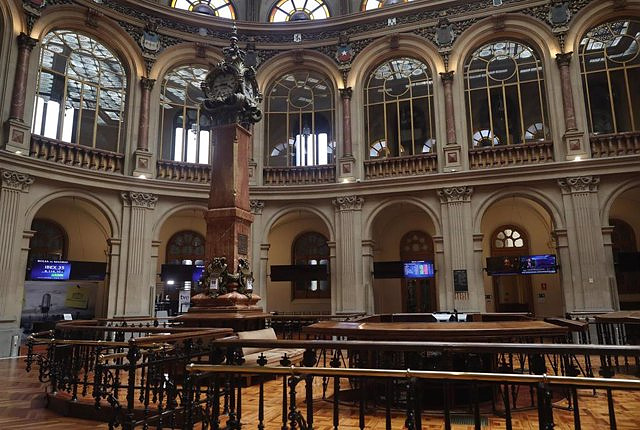 The Ibex 35 has moderated its fall to 0.88% at the close of the session, after having fallen more than 2% today, so that it has stood at 7,862.7 integers, at the beginning of a week in which investors will be aware of the meeting of the European Central Bank (ECB) this Thursday.

The American market remains closed on Monday for Labor Day. In addition, it has been known that the supply through the 'Nord Stream 1' gas pipeline, key to the arrival of gas to central Europe, will remain interrupted until further notice, according to Gazprom, due to a series of technical problems that make it impossible to reopen.

The Russian gas giant had already temporarily paralyzed supply for maintenance reasons and, on Friday, explained that new problems have been detected in the only turbine that was still working.

At the macroeconomic level, the Purchasing Managers' Index (PMI), compiled by S

This index has also revealed that the activity of companies in the euro zone as a whole during the month of August registered a contraction for the second consecutive month.

In the United Kingdom, Foreign Minister Liz Truss has emerged the winner of the primaries held within the Conservative Party to elect the replacement for its current leader, Boris Johnson, for which she will become the country's new prime minister.

The Organization of the Petroleum Exporting Countries (OPEC) and its allies, which together form the group known as OPEC, have reversed their decision last month by agreeing to cut joint production by 100,000 barrels of oil per day for the month of October. .

Finally, the price of the euro against the dollar stood at 0.9922 'greenbacks', while the risk premium rose to 121 basis points and the return on the 10-year Spanish bond stood at 2.754%.

‹ ›
Keywords:
BCEIBEX 35Sector Financiero
Your comment has been forwarded to the administrator for approval.×
Warning! Will constitute a criminal offense, illegal, threatening, offensive, insulting and swearing, derogatory, defamatory, vulgar, pornographic, indecent, personality rights, damaging or similar nature in the nature of all kinds of financial content, legal, criminal and administrative responsibility for the content of the sender member / members are belong.
Related News