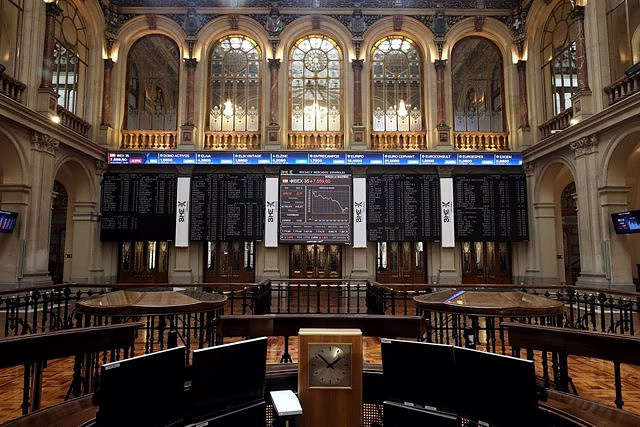 The Ibex 35 has closed at 7,300.1 points, after posting a fall of 1.91% in the session this Thursday, thus chaining eight consecutive days in 'red'.

In an environment of cuts in the stock markets due to fear of an economic recession, the sharp falls that the selective suffered at the beginning of the previous day moderated after the Bank of England decided yesterday to intervene in an emergency in the debt markets to stop the appreciation of British bonds that has occurred in recent days.

However, Bankinter analysts warn that, beyond the immediate success of the Bank of England, "it is most likely that its intervention will be of almost no use." "It will hold its bonds for a few days, maybe a few weeks, but in the end they will return to their place," he predicted.

This Thursday it was known that German inflation for September was above market estimates, standing at 10%. "The increase in prices continues to highlight the problems that are beginning to be structural in terms of energy supply," Bankinter analysts point out.

In Spain, the CPI decreased six tenths in September in relation to the previous month and suddenly cut its interannual rate by 1.5 points, to 9%, falling below two digits after having chained three consecutive months above 10%.

In another order of things, consumer confidence in the eurozone for September continued to worsen and registered its lowest level in the historical series.

Finally, the price of the euro against the dollar stood at 0.9783 'greenbacks', while the Spanish risk premium stood at 117 basis points, with the interest required on the ten-year bond at 3.373%.