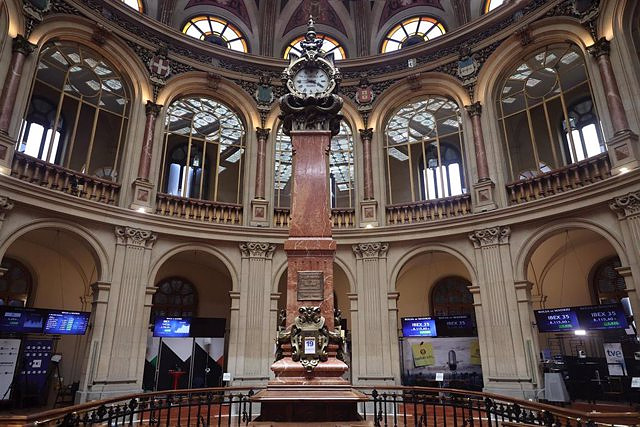 The Ibex 35 fell 1.2% in the middle of the session, which led it to stand at 8,021.00 integers, losing the level of 8,100 points that it had recovered yesterday, in a day marked by the avalanche of business results, among them Repsol, Telefónica, Santander and Sabadell, and by the meeting of the United States Federal Reserve (Fed).

Specifically, the Fed announced yesterday, with the Spanish market closed, an interest rate hike of 75 basis points, to a target range of between 2.25% and 2.5%, its highest level since December 2018 .

Among the results, Santander registered an attributable profit of 4,894 million euros during the first half of this year, 33% more year-on-year (21% in constant euros), while Sabadell recorded profits of 393 million euros, 78 .6% more.

On its side, Telefónica earned 1,026 million euros net, while Repsol obtained a net profit of 2,539 million euros, after doubling the profits of 1,235 million euros for the same period last year.

Likewise, it is expected that today the Government will present before Congress the two bills on the new taxes on the large energy companies and banking entities in the country.

The rest of the European stock markets traded with a mixed behavior, with falls of 0.11% in London and 0.15% in Frankfurt, while Paris remained flat and Milan recovered 1.12%.

Finally, the price of the euro against the dollar stood at 1.0106 'greenbacks', while the risk premium stood at 118 basis points and the return on the 10-year Spanish bond stood at 2.123%.