The Executive finalizes a Strategy for Central America and plans a new meeting of the working group with the US in December. 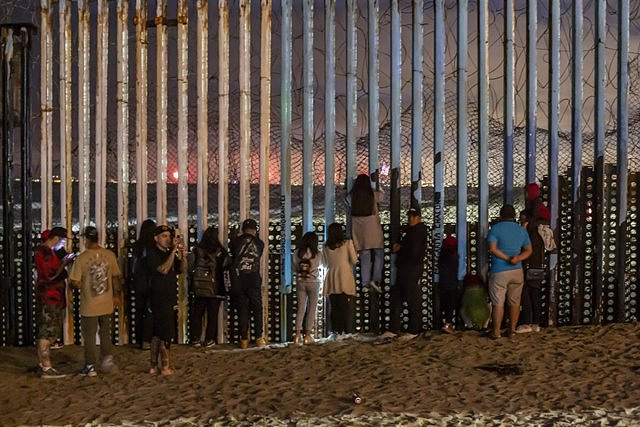 The Government is working on circular migration agreements with El Salvador and Guatemala, such as the one already underway with Honduras, whose initial success has led to the number of beneficiaries doubling in an attempt to help stop the exodus from these Central American countries. .

This was revealed by the Secretary of State for Ibero-America, Juan Fernández-Trigo, in a recent appearance before the Foreign Affairs Commission of Congress, stressing that it is an effort in which the Ministry of Inclusion, Social Security and Migration is also involved.

Last June, coinciding with the Summit of the Americas in Washington, the United States announced that Spain was going to double --from 250 to 500-- work permits for Hondurans, within the framework of a circular migration program.

Subsequently, the Foreign Minister, José Manuel Albares, after meeting precisely with his Honduran counterpart in Madrid, said that these workers will participate in the collection of red fruits and announced that further expansion of the program was not ruled out.

The same was also discussed during the visit that the Prime Minister, Pedro Sánchez, made to Honduras at the end of August. The head of the Executive called this initiative a "milestone" in the bilateral relationship and also expressed the desire to expand it in the future.

Thus, the Secretary of State explained to the deputies that after the success of the circular migration agreement with Honduras, which provides for the arrival in Spain of agricultural workers who, once their work is completed, return to their country, this same formula is being negotiated with El Salvador and Guatemala.

The objective is none other, said Fernández-Trigo, than to bet on legal migration in the face of attempts by many Central Americans to emigrate illegally, with the United States as the final destination in most cases.

Precisely, the shared concern of Spain and the United States regarding the situation in Central America, where the lack of opportunities and the violence of the gangs, among other issues, causes an exodus of immigrants, has led the two countries to create a working group.

The first meeting of said group was chaired at the end of May by Fernández-Trigo himself and by the Deputy Assistant Secretary of State for Western Hemisphere Affairs, Emily Mendrala, and the next high-level meeting is scheduled to be held in December in Washington , according to the Secretary of State.

In the first meeting, as Foreign Affairs reported at the time, proposals and actions were studied to address jointly and with the countries of the region the challenges posed by forced displacement and irregular migratory movements in and from Central America.

On the other hand, in a parliamentary response to a question from the PP to which Europa Press has had access, the Government has indicated that "the Strategy for Central America is in the process of being finalized".

The document, according to the Executive, is based on three axes: the promotion and strengthening of democratic institutions, with special attention to Human Rights and relations with civil societies; the contribution to sustainable and inclusive development, through development cooperation and the promotion of trade and investment; and the promotion of a global approach to migration and mobility. These axes will be broken down "into various actions that will be developed over the coming months."

‹ ›
Keywords:
GuatemalaEl SalvadorHonduras
Your comment has been forwarded to the administrator for approval.×
Warning! Will constitute a criminal offense, illegal, threatening, offensive, insulting and swearing, derogatory, defamatory, vulgar, pornographic, indecent, personality rights, damaging or similar nature in the nature of all kinds of financial content, legal, criminal and administrative responsibility for the content of the sender member / members are belong.
Related News