With a budget of 4 million, the campaign will be broadcast on media and social networks with a first wave until October 9. 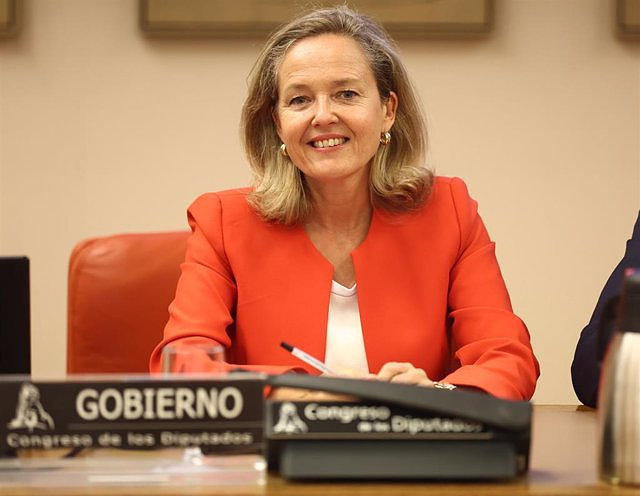 With a budget of 4 million, the campaign will be broadcast on media and social networks with a first wave until October 9

Starting this Friday, the Government will launch the first specific institutional advertising campaign for the Recovery, Transformation and Resilience Plan under the slogan 'The generation of those who dream and do'.

This was announced by the First Vice President and Minister of Economic Affairs and Digital Transformation, Nadia Calviño, during her speech at the Forum Europe Informative Breakfast, organized by Nueva Economía Fórum.

The objective of the campaign is to publicize the existence, content and principles of the Recovery Plan, in order to encourage citizens and companies to take the necessary steps to access European 'Next Generation EU' funds.

The aim is thus to promote access to all the information about the Plan, available on the website, including, in a special way, the information related to the opportunities for participation and open calls of interest from which they can benefit, with a special focus on small and medium enterprises.

With a budget of 4 million euros, the campaign will be broadcast in the media (written and digital press, radio, television, external media) and on social networks with a first wave that will be broadcast from September 16 to December 9. october.

The Ministry of Economic Affairs and Digital Transformation is already working on the continuity of the campaign starting in January, expanding the number of stories of beneficiary projects of the European funds of the Plan.

The campaign aims to encourage the involvement of all current generations of citizens, SMEs, freelancers and companies in the materialization of their dreams by making use of the European funds of the Recovery Plan and reflecting the arrival of these resources to the productive fabric.

In this first wave, five real cases of projects benefiting from the European funds of the Recovery Plan in different sectors are disseminated.

This is the case of the IES Miralbueno in Zaragoza, which transfers the opportunity of Vocational Training in the training of the electric and connected vehicle, as well as the Digitanimal livestock geolocation project to digitize livestock making it more productive and sustainable.

The company Certest Biotec has also participated, for research in the development of vaccines, whose results will facilitate the design of new vaccines against infectious diseases and also for cancer immunotherapy.

During her speech at the 'Europe Forum', the vice-president assured that the Recovery Plan has reached cruising speed. In fact, the main strategic projects have already been launched and the structural reform agenda "is well advanced".

"The evolution of employment and investment in our country that we are seeing without the Recovery Plan is not understood", highlighted the Minister of Economy.

In this sense, Calviño pointed out that there are already more than 30,000 companies, joined by town halls or research centers and universities, that are receiving funds from the Plan. In addition, the vice president has reported that 2,000 million per month are being tendered, both by the State and by communities.

Added to these investments are the "impressive" reforms, such as the Vocational Training, the future Law on Universities that is under negotiation in Parliament, the Science Law that has recently been approved or the 'Create and Grow' Law that Congress definitively approves today.