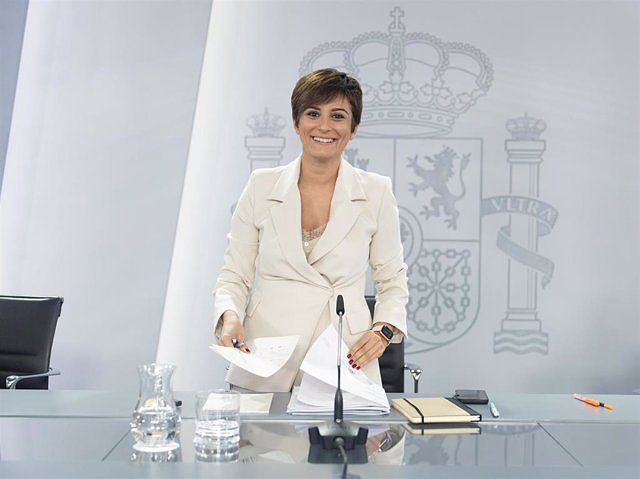 The Government spokesperson and Minister of Territorial Policy, Isabel Rodríguez, has indicated this Monday that the reform of the Penal Code that the Government has presented "goes in the direction of modifying the crime of sedition" and does not address the reform of embezzlement.

"The Government has presented a reform of the Penal Code that goes in the direction of modifying the crime of sedition and says nothing about this other type of crime," she pointed out in an interview on Onda Cero, collected by Europa Press, when asked about of whether the crime of embezzlement has also become old in the Penal Code, after today the president of the Generalitat, Pere Aragonès, has defended that the next step in the negotiation with the Government is to reform the crime of embezzlement.

The minister spokesperson has pointed out that the text is a bill presented by the two political groups that make up the coalition government and that they have not "addressed this other issue" related to embezzlement. "We always said that the Government was in favor of harmonizing the penalties for sedition and standardizing it with the countries around us," she added.

Asked if the Belgian justice has ever said that it does not hand over former Catalan president Carles Puigdemont because there is no sedition there, the minister has assured that it is an "objective fact" that there has been "a complication in not applying the Euroorder".

"That is why he is not here", pointed out the head of Territorial Policy, while stressing that it is "important to say that those who committed these acts" in 2017 "must be tried and that remains immovable".

The standardization of sentences "facilitates extradition", according to the minister, who has emphasized that the Executive "does not move from its position" and "this man has to be tried and, therefore, has to appear before justice Spanish".

The minister has boasted that, according to a study by the CIS, the second problem for the Spanish was the situation in Catalonia after the events of 2017 and that today that problem is in position number 41.

"What happened in 2017 was extremely serious. There were two illegal referendums, a unilateral declaration of independence was produced and article 155 of the Spanish Constitution had to be activated," he recalled, while underlining that this happened during a Government the PP "that let do".

However, the minister has emphasized that the crime of rebellion protects Spaniards against anyone who wants to "break the constitutional order" with penalties of between fifteen and thirty years in prison.

"Therefore, Spain has all the guarantees for the maintenance of the constitutional order and a message of calm must be given to the Spanish", added the minister.

In addition, on the application of article 155 of the Constitution, the spokeswoman considers that it should have been applied "much earlier". "At the same time that a unilateral declaration of independence is articulated in a Parliament because that article is to launch it," she has settled.