The TC should have renewed a third of its members in June and everything indicates that it will finally be done in September. 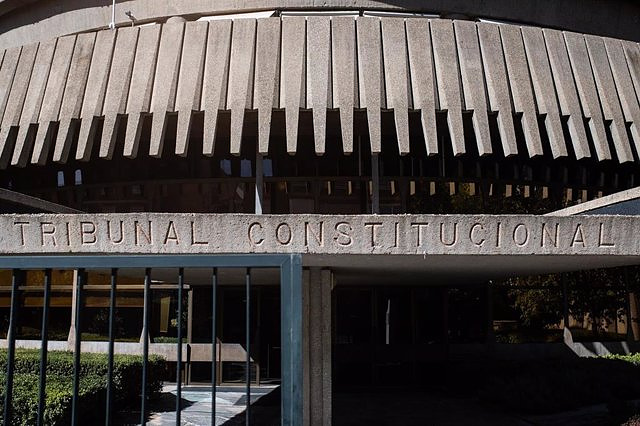 The Government, which in the renewal of four members of the Constitutional Court (TC) must propose two candidates, is considering opting for professors of recognized prestige so that academic representation is not minimized at the table of twelve magistrates, according to legal sources explain to Europe Press.

With this decision, the Executive of Pedro Sánchez would leave out of his proposal the names of two magistrates who until now sounded like possible candidates, the judge of the National Court José Ricardo de Prada and the magistrate of the Supreme Court Ana Ferrer.

These same sources anticipate that this decision of the Executive would be motivated because the General Council of the Judiciary (CGPJ) -which must agree on the other two names in September- would opt (although it is an unwritten rule) to take the TC to two Supreme Court justices.

Likewise, they recall that socialist governments, as a general rule, usually appoint professors and not members of the judicial career, and cite the case of former president José Luis Rodríguez Zapatero, who during his mandate appointed Manuel Aragón and the now deceased Pablo Pérez Tremps, both professors of Constitutional Law.

Although these sources indicate that at the moment there is no name on the table - it is premature, it is still "raw" -, they do point out that there are many candidates for Constitutional, Labor, Administrative and International professors.

However, other sources consulted do point out that the candidacy of Yolanda Gómez, professor of Constitutional Law and director of the Center for Political and Constitutional Studies (CEPC), gains weight above the rest. Gómez already sounded like a possible candidate for the TC in the last renewal that took place in November 2021.

In any case, after the Senate definitively approved the bill promoted by the PSOE to reform the Organic Law of the Judiciary (LOPJ) so that the CGPJ can appoint its two TC magistrates, the dance of possible candidates has started at the headquarters of the governing body of the judges.

In fact, CGPJ sources indicate to Europa Press that despite the fact that August will be "very long" and that it is premature to venture anything because there are no names already closed, both conservative and progressive proposals are on the table.

On the progressive side, the list of possible candidates is larger, although several sources agree on two proposals: the magistrates of the Contentious-Administrative Chamber Pablo Lucas --who is in charge of controlling the CNI-- and José Manuel Bandrés. To these are added others such as Eduardo Espín, Ángel Ramón Arozamena and the presidents of the First Chamber, Francisco Marín Castán, and of the Fifth Chamber, Jacobo Barja de Quiroga.

In any case, the sources consulted do trust that the renewal of the four magistrates of the TC will take place in September despite the fact that there is a sector of the CGPJ that disfigures the Executive for having used the Judiciary as a "political actor". They understand that there will be a group of 12 members to support the names, if it is not the same September 8, it will be in a second round, and conservative sources trust the agreement to propose a name of each sensitivity.

If so, after the renewal of this third of magistrates, three progressives (two from the Government and one from the CGPJ) and one conservative (from the CGPJ) would enter the TC, so the balance of forces in the court of guarantees would be modified in favor of progressives. Especially after the resignation of Judge Alfredo Montoya for health reasons, who would leave the balance at seven progressives for four conservatives to resolve pending issues of great social significance such as the PP's recourse to the Abortion Law.

However, this renewal of the TC is yet to come, and in the event that a stumbling block is found along the way, it may happen that the Government decides to try to appoint its two magistrates without waiting for the CGPJ.

That would open another important legal front because sources from the TC already warn Europa Press that although the Executive chose to propose and appoint their own, they cannot sit at the table of the TC until the CGPJ has proposed their own.

In fact, these sources point out that there are significant precedents, such as when the Executive of José María Aznar did not appoint his own because it was an electoral period and the CGPJ did, and those two magistrates had to wait for the new Government of Rodríguez Zapatero to elect their two candidates for renewal.

‹ ›
Keywords:
Tribunal Constitucional
Your comment has been forwarded to the administrator for approval.×
Warning! Will constitute a criminal offense, illegal, threatening, offensive, insulting and swearing, derogatory, defamatory, vulgar, pornographic, indecent, personality rights, damaging or similar nature in the nature of all kinds of financial content, legal, criminal and administrative responsibility for the content of the sender member / members are belong.
Related News