Endesa presents an investment plan of 2,682 million for the development of 1,300 renewable MW in the region and create 1,361 jobs. 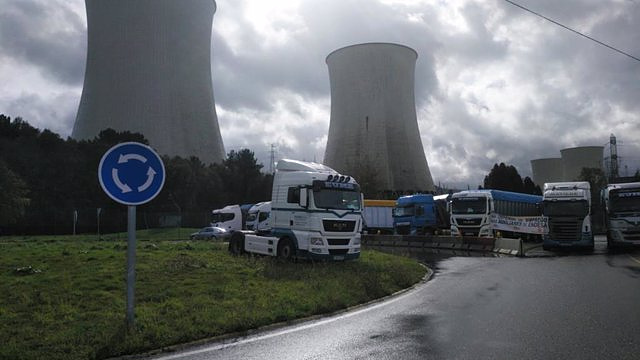 Endesa presents an investment plan of 2,682 million for the development of 1,300 renewable MW in the region and create 1,361 jobs

The Ministry for the Ecological Transition and the Demographic Challenge, after receiving a report from Red Eléctrica de España (REE), has authorized the closure of two groups of the four groups of the As Pontes thermal power plant (A Coruña), owned by Endesa .

The closure of the other two groups will be authorized conditionally, taking into account the reinforcement of power availability variables in the electrical system, the Ministry reported.

In this sense, and after knowing the decision, Endesa has presented a development plan of 2,682 million euros for Galicia, which would generate 1,361 jobs.

This plan, subject to the mandatory authorizations, proposes the substitution of 1,400 megawatts (MW) of coal at As Pontes for 1,300 renewable MW, also including the plan to dismantle the plant, the installation of new industrial projects on the site of the thermal energy, the logistic boost to the Ferrol port terminal and a training plan for the people in the area.

The third vice president of the Government and minister for the Ecological Transition and the Demographic Challenge, Teresa Ribera, met this Monday with the CEO of Endesa, José Bogas, with the future of the plant and its workers on the table, once received the report of the electricity network operator on the request for closure of the plant presented by the energy company.

Although the Ministry already had a REE report prepared in 2020 to authorize the closure of the four groups of the coal power plant, with about 350 MW each, in the spring of this year it decided to request a new report, in view of the tensions caused in the energy markets by the war in Ukraine and the high export of electricity caused by the drought and the unavailability of a large part of the French nuclear fleet.

The cabinet led by Teresa Ribera indicated that this second REE report contemplates previously unforeseen scenarios, with a different participation of cogeneration and a high and constant export to neighboring countries.

Thus, the analysis reveals "the advisability of closing the two inoperative groups and that the closure of the other two be conditioned to the reinforcement of power availability variables in the electrical system through various measures that are being put in place, such as the increase of the availability of cogeneration or the establishment of an active demand response mechanism".

Ribera has exposed the situation to Endesa and has recalled his "total commitment" with the area affected by the closure, recalling that a Just Transition Agreement has been launched to deploy support instruments for municipal, business, vocational training projects and, especially innovative renewable energy projects.

In addition, it has urged Endesa to promote conversion projects and alternative investments in the area, in compliance with the agreement for a fair energy transition for thermal power plants in closure, signed in April 2020 between the Government, unions and the companies that own the power plants. .

In this regard, Endesa has updated the information on the projects it is promoting in the municipality, which, according to its calculations, involve this investment of 2,682 million and the generation of 1,361 direct jobs.

In a statement, the energy company stressed that "it is neither leaving nor disregarding As Pontes and Galicia", therefore, in order to sustain this strategic commitment, it has presented the Ministry of Ecological Transition, as well as the Xunta de Galicia and the City Council of As Pontes, this plan for social and economic development in the region that "shows the commitment to a Just Energy Transition process and the creation of value in As Pontes and its surroundings".

Likewise, the company's strategy includes that all its employees will be relocated to other areas of the company, in dismantling, in future plans or will take advantage of voluntary departure plans.

The axes on which Endesa will work after the closure will thus range from the dismantling of the plant, which will have an estimated duration of four years and for which a training plan will be carried out that will train the more than 130 people who will participate in these tasks, prioritizing local employment and the plant's own workers, to the promotion of new renewable projects in the region.

The electricity produced by these parks will support industrial projects of the Sentury Tire company, as well as a significant long-term power purchase agreement (PPA) with Alcoa.

Endesa has already requested the Xunta de Galicia the strategic and backbone nature of these wind projects in accordance with the Galician wind law for priority processing.

Another of the axes will consist of the promotion of these new industrial developments on the land linked to the plant. Specifically, the company has first detailed the project with the tire manufacturer Sentury Tire, which includes the transfer of 26 hectares of land in As Pontes for the construction of a smart tire factory.

The commissioning of the plant will require an investment of 477 million euros and will mean the creation of 750 direct jobs. Endesa will invest another 229 million to build 191 MW of wind power to supply electricity via PPA to the factory.

Along with this, Endesa has reached an agreement with Ence that provides for the transfer of 45 hectares of land from the old coal park, where this company will invest 355 million euros for a bioplant for the recovery, development and production of recycled natural fibers from recovered paper and cardboard. The development of this initiative will allow the creation of 150 direct and 400 indirect jobs.

The third project to support the Galician industrial sector is the 'PPA' pre-agreement with Alcoa focused on the supply of electricity at a competitive price for 10 years from 816 MW of wind power, of which 611 MW are planned in the As Pontes area.

Another axis of action will be the new logistics role that Endesa is already implementing, and will strengthen even more thanks to these industrial projects, in the terminal of the outer port of Ferrol.

In addition, As Pontes will also have green hydrogen generation facilities, thanks to the project promoted by Endesa of up to 100 MW of electrolyser that will be supplied with the wind projects in the area that already have connection rights.

And, finally, Endesa is also planning the creation of a strategic wind maintenance logistics center for Spain in As Pontes. This new infrastructure will support the operation and maintenance of Endesa's 120 wind farms in Spain. This project involves the creation of 57 direct jobs. In addition, next to this center another dedicated to wind circularity operations will be created.

‹ ›
Keywords:
EndesaRed EléctricaMinisterio Para La Transición EcológicaDespoblación En España
Your comment has been forwarded to the administrator for approval.×
Warning! Will constitute a criminal offense, illegal, threatening, offensive, insulting and swearing, derogatory, defamatory, vulgar, pornographic, indecent, personality rights, damaging or similar nature in the nature of all kinds of financial content, legal, criminal and administrative responsibility for the content of the sender member / members are belong.
Related News