The Government assures that Putin has lost the war, although he bets on causing more deaths and more destruction 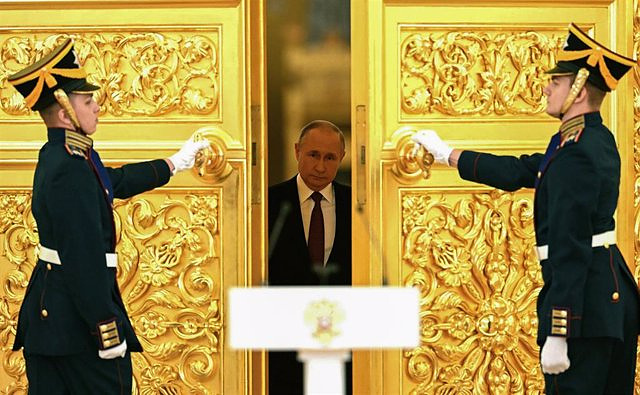 The Government considers that the Russian president, Vldimir Putin, has lost the war in Ukraine even though he has opted to cause "more deaths and more destruction" with his decision to mobilize his citizens for the war.

"Putin decides that there should be more pain, more destruction, more deaths, but he has lost the war," said the Minister of the Presidency, Félix Bolaños, in the corridors of Congress. "As much as he tries to create more destruction and generate more pain, the war is going to be lost".

The minister thus referred to the statement by the Russian president, who this Wednesday announced a "partial mobilization" of the population in the midst of the war in Ukraine, where the Russian forces have suffered several setbacks in recent weeks as a result of a series of counteroffensives of the Ukrainian troops.

The Third Vice President and Minister for the Ecological Transition, Teresa Ribera, has also spoken about this announcement, which she has branded as "dramatic news" that confirms that "a long and cruel war, enormously unjust and harsh".

In his opinion, the war is also going to be "extremely cruel" for Russian citizens, "mobilized by force in a war that neither goes nor comes to them, nor is it going to improve their lives at all."

His conclusion is that for the European Union and for the rest of the world "a complicated winter is predicted" and "that is precisely why it is essential to stay united at European level".

‹ ›
Keywords:
Vladimir PutinUcrania
Your comment has been forwarded to the administrator for approval.×
Warning! Will constitute a criminal offense, illegal, threatening, offensive, insulting and swearing, derogatory, defamatory, vulgar, pornographic, indecent, personality rights, damaging or similar nature in the nature of all kinds of financial content, legal, criminal and administrative responsibility for the content of the sender member / members are belong.
Related News