The Government asks Feijóo to withdraw Sánchez's comparison with 'The Autumn of the Patriarch' before the debate: "It is unworthy" 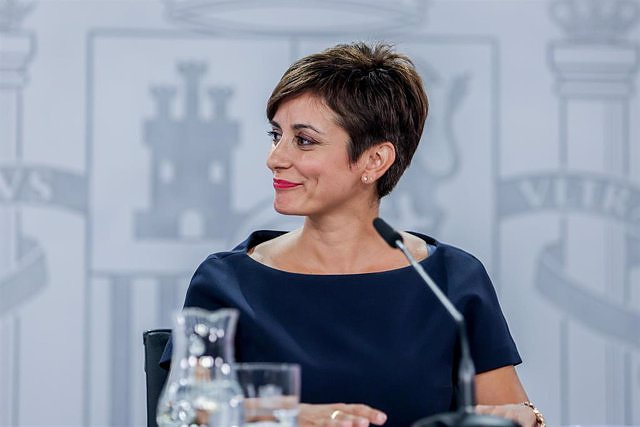 The Minister for Territorial Policy and Government spokesperson, Isabel Rodríguez, today asked the president of the Popular Party, Alberto Núñez Feijóo, to withdraw, before this afternoon's debate in the Senate, the comparison he made of the President of the Government with the dictator of the book 'The Autumn of the Patriarch' by Gabriel García Márquez. "He is unworthy," she exclaimed.

Rodríguez spoke thus, during the press conference after the Council of Ministers, about the statement made yesterday by Feijóo, during his speech at the Europa Press Informative Breakfasts, that the coalition government is in an "irremissible phase of deterioration" as García Márquez's book said, accusing Sánchez of turning the Government of the nation into a "personal project".

For the spokeswoman for the Executive, these words by the leader of the opposition are "unworthy of any political leader of a democratic state." "I summon you to withdraw them before the debate, to rectify them, which do not correspond to a political situation in a democratic country," she has claimed.

Regarding the debate that will be held this afternoon in the Senate, Isabel Rodríguez has insisted that the Government has a very clear roadmap, where it wants to go and how to deal with the crisis differently from how other crises have been dealt with.

Thus, he specified that Sánchez's appearance is about analyzing a situation that is marking politics in Spain, such as energy policy, and contrasting in a "calm and slow" manner what is happening and what some parties and others are proposing .

That said, he has shown his hope that the PP "is capable of proposing something more than saying that they are going to propose and that they are proposals for the future or that they are not those that consist of expanding the time horizon of the proposals that they refused some days ago".

In his opinion, this is a moment of "high vision" for which he has asked to observe what happens beyond the borders and what is the direction that the European Commission wants to adopt for the future. It is none other, he has said, than setting course for the future of a new energy policy that guarantees Europe's strategic autonomy.

For this reason, he believes that these are times to provide "coherence" and has insisted that the obligation of the Democrats is to be on the side of the institutions to fight the war. Therefore, he has insisted that Feijóo rectify these statements "unworthy of any political leader."

Isabel Rodríguez also wanted to send a message of "tranquility" to families in these difficult times and stated that "at the helm of this ship" there is a Government committed to improving people's lives and dignifying the living conditions of workers applying the different tools available to them.

‹ ›
Keywords:
SenadoFeijóoPP
Your comment has been forwarded to the administrator for approval.×
Warning! Will constitute a criminal offense, illegal, threatening, offensive, insulting and swearing, derogatory, defamatory, vulgar, pornographic, indecent, personality rights, damaging or similar nature in the nature of all kinds of financial content, legal, criminal and administrative responsibility for the content of the sender member / members are belong.
Related News