Thus, he occupies the position left by the new attorney general and which means acting as his 'right hand'. 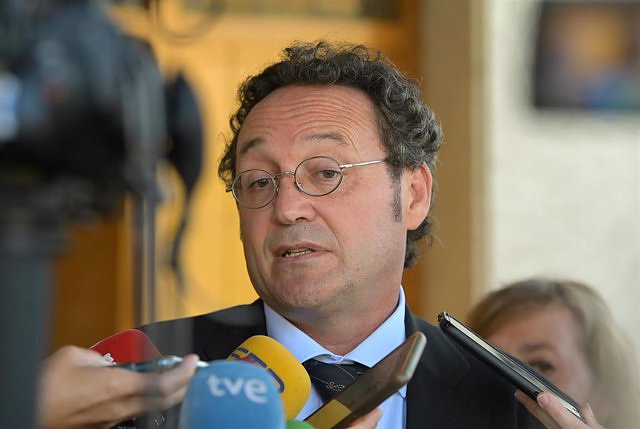 Thus, he occupies the position left by the new attorney general and which means acting as his 'right hand'

The Government has appointed Ana Isabel García as the new head of the Technical Secretariat of the State Attorney General's Office, the position that Álvaro García Ortiz had held until Dolores Delgado's resignation in July and his appointment as head of the Public Ministry.

This was published this Wednesday by the Official State Gazette (BOE) after the Council of Ministers yesterday approved the proposal of the Ministry of Justice for the appointment of Ana Isabel García, who is promoted to the first category, courtroom prosecutor.

The Justice proposal was "formulated" by the state attorney general. In 2018, the new head of the Technical Secretariat became part of the Support Unit of the State Attorney General's Office and until then had worked in the Madrid Provincial Prosecutor's Office.

García Ortiz already announced during her inauguration that she would be her successor in office and she communicated this to the Fiscal Council in its first plenary session, held on September 14. He referred to it as "the best example of equipment, safety and reliability as the culmination of a collective effort."

The Technical Secretariat carries out studies, investigations and reports as a constant support body for the attorney general, is in charge of the preparatory work for the Chamber Prosecutors Board, collaborates in planning the training of prosecutors at the Center for Legal Studies and assumes the functions that in the field of international legal cooperation the law attributes to the Public Ministry, within the framework of the Government's guidelines.

‹ ›
Keywords:
Dolores Delgado
Your comment has been forwarded to the administrator for approval.×
Warning! Will constitute a criminal offense, illegal, threatening, offensive, insulting and swearing, derogatory, defamatory, vulgar, pornographic, indecent, personality rights, damaging or similar nature in the nature of all kinds of financial content, legal, criminal and administrative responsibility for the content of the sender member / members are belong.
Related News