Feijóo hopes that the Government "evaluates" the PP plan and sees different positions in the PSOE when voting in favor of nuclear power plants in Extremadura. 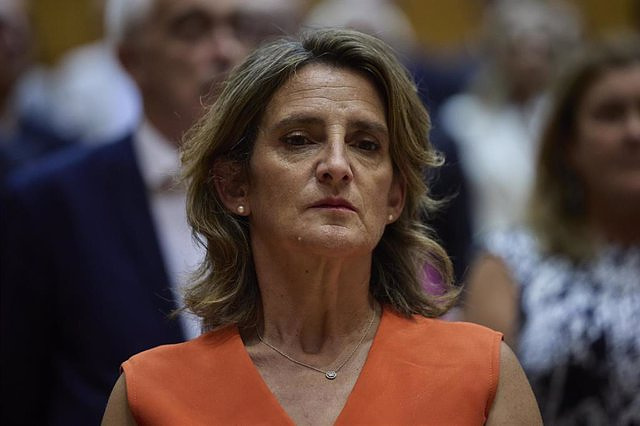 The third vice president of the Government and minister for the Ecological Transition, Teresa Ribera, and the person in charge of Economy of the PP, Juan Bravo, will meet this Thursday to try to find consensus on energy matters.

The meeting between the two teams - set at 6:30 p.m. at the headquarters of the Ministry of Ecological Transition - will take place as a result of the energy plan that the first opposition party sent to the Executive on September 12.

Despite the fact that Ribera and Bravo have publicly assured that they come with a good disposition and to listen, mutual reproaches have also been launched. Thus, the vice president believes that the document presented by the PP "shoots in all directions." "Towards the past, to maintain what is there, to be oriented towards the future, but then it does not appear collected in the day to day of the administrations where it governs", she has indicated.

For this reason, Ribera has invited the PP to "clarify and understand" if its roadmap to get out of the energy crisis should "basically go through returning to the 20th century in the energy system or by accelerating and reducing exposure to high volatility of fossil fuels".

For his part, Juan Bravo has advised the vice president "to remove the ideology and put more technology" in energy matters, as well as "follow a little more the criteria set by Europe". In his opinion, it is about being "more aligned with what Europe says" and not "improvise".

The energy "rescue" plan of the PP for families and companies based on energy saving proposes, among other measures, the creation of an energy AIREF, reviewing the formula for setting the price of energy, simplification of taxation on the electricity bill and the savings bonus achieved by families and companies, as well as not giving up any source of energy emissions --nuclear extension, cogeneration and green hydrogen--.

Feijóo accompanied this energy plan with a letter to the President of the Government on September 12 in which he expressed his willingness to discuss these measures and even negotiate their implementation. In his opinion, the "gravity of the moment" requires "swift responses, courageous measures and everyone's responsibility."

The president of the PP assured this Tuesday that he hopes that Ribera has proposed this meeting to "evaluate" his party's energy plan with the aim of "getting it right", especially when, as he has said, he sees in the PSOE and its partners "three models different energetics.

The third vice president has pointed out that meetings such as the one she is going to hold with the PP are "important" within the framework of the country's energy security Contingency Plan, as well as with the rest of the political groups, consumer associations or operators, since that "it is key to reach the maximum consensus" in the current situation of energy crisis.