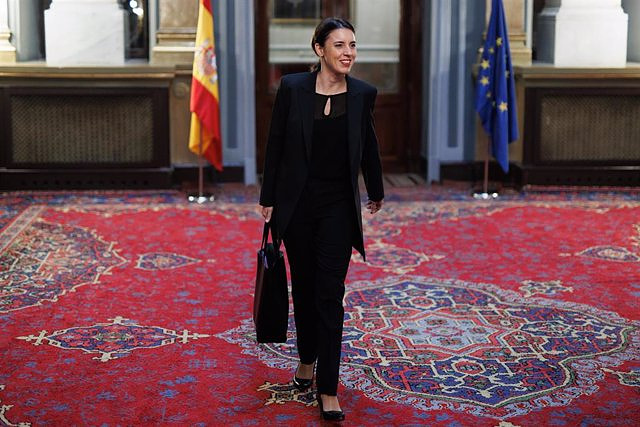 The General Council of the Lawyers has regretted and rejected this Friday the use of "insult and disqualification" against legal professionals in the exercise of their duties for their actions in the reviews of sentences by virtue of the application of what is known as law of 'only yes is yes'.

In a statement, collected by Europa Press, the organization recalled that the request and granting of reduced sentences linked to the entry into force of a new law "is part of the logic of a good number of reforms of the Penal Code carried out out since the 1978 Constitution was approved.

That is why the Bar Council has insisted that insults "is not and will never be the way to solve a problem whose generation is alien" to lawyers, who only do their job.

"The legal profession as a whole regrets and rejects each and every one of the comments made against the lawyers who, in the exercise of their duties, have sought, are seeking and will seek the best defense for their clients, before, during and after the trial. criminal proceedings in accordance with their deontological obligation", they added.

This Thursday the ERC spokesman in the Congress of Deputies, Gabriel Rufián, criticized the lawyers as a result of the controversy that arose around the Law of Guarantees of Sexual Freedom. "One thing. Between Irene Montero and captious judges and soulless lawyers, I am crystal clear with whom I am going," he wrote on his Twitter account.

‹ ›
Keywords:
Colegios De Abogados
Your comment has been forwarded to the administrator for approval.×
Warning! Will constitute a criminal offense, illegal, threatening, offensive, insulting and swearing, derogatory, defamatory, vulgar, pornographic, indecent, personality rights, damaging or similar nature in the nature of all kinds of financial content, legal, criminal and administrative responsibility for the content of the sender member / members are belong.
Related News