The GDP of the eurozone advances 0.8% in the second quarter, two tenths more than expected 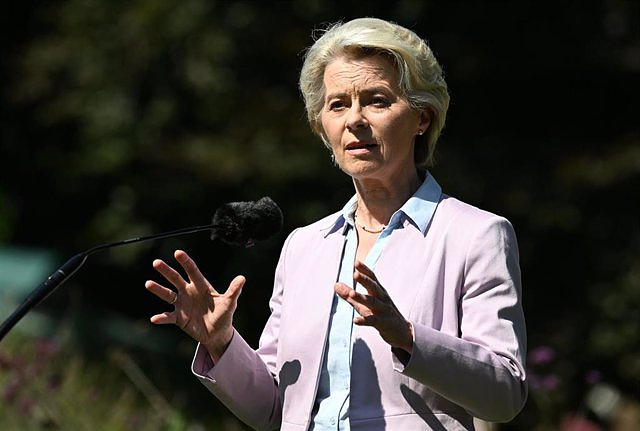 The gross domestic product (GDP) of the area registered in the second quarter of 2022, an expansion of 0.8% compared to the first quarter of the year, when growth was 0.7%, according to the latest estimate of the data published by Eurostat, which represents an upward revision of the growth of 0.6% previously estimated.

For the European Union (EU) as a whole, the GDP growth estimated by the Community Statistics Office between April and June was 0.7%, one tenth less than in the previous quarter, but one tenth more than estimated.

Compared to the second quarter of 2021, the GDP of the 19 countries that share the euro grew by 4.1%, which represents a slowdown compared to the 5.4% growth registered in the first quarter of the year. On their side, among the Twenty-seven an expansion of 4.2% was observed, 1.3 points less than the interannual advance of the previous quarter.

Eurostat has highlighted that, in comparison, the GDP of the United States registered a contraction of 0.1% in the second quarter of the year, after having contracted 0.4% in the previous three months. In year-on-year terms, the country's expansion was 1.7%.

According to seasonally adjusted figures, the economy in the euro zone closed the second quarter 1.8% above the level recorded in the fourth quarter of 2019, before any impact in the West from the Covid-19 pandemic, while the economy of the EU was 2.3% higher. In the case of the United States, GDP was 2.6% higher than before the pandemic.

In the case of Spain, GDP growth in the second quarter was 1.1%, compared to the 0.2% increase in the previous three months. Compared to the same quarter of 2021, the Spanish economy grew by 6.3%, the same pace as in the first quarter.

On the other hand, Eurostat has also reported this Wednesday that, in the second quarter of 2022, the number of employed people increased by 0.4% in the euro zone and in the EU as a whole compared to the previous quarter. In both cases, the office has revised the data one tenth upwards compared to its previous estimate.

Despite the improvement in the estimate, it is a slowdown in the data, since in the first quarter of the year employment growth in the eurozone was 0.7%, while in the community bloc it stood at 0 ,5%.

Compared to the same quarter of the previous year, employment increased by 2.7% in the eurozone, four tenths less than the previous period, and 2.4% in the EU, five tenths less.

Based on seasonally adjusted figures, Eurostat estimates that in the second quarter of 2022 a total of 213.4 million people were employed in the EU, of which 164.1 million were in the euro area.

Thus, in the euro zone the number of employed persons in the second quarter of 2022 was 2.7 million higher than the level of the fourth quarter of 2019, before the Covid-19 pandemic, while in the EU as a whole it was placed 3.5 million above this level.