He criticizes that there is "a bad agreement of the Government from the independence point of view". 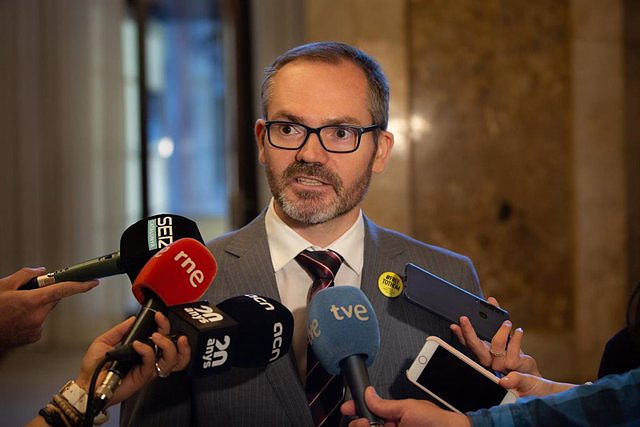 The former first vice-president of the Parliament, Josep Costa, has considered that in the trial for alleged disobedience of the members of the Board chaired by the now Minister Roger Torrent "what is being judged are the agreements of the Parliament".

"We do not recognize the authority of this court to judge the agreements of the Parliament. Not to judge me as a natural person, who I am nobody and right now I do not have any executive position, but what is being judged are the agreements of the Parliament ", he lamented in an interview in 'El Punt Avui' this Friday, in which he explained that the defense will be based on this argument.

After this Wednesday the TSJC removed Judge Carlos Ramos from the trial, Costa lamented "lack of transparency" in the replacement of the TSJC president, Jesús María Barrientos, whose challenge was also accepted by the court.

Costa has defended that the vote of the deputy of Junts Lluís Puig, who resides in Belgium, becomes valid when it is counted by the Presidency of the Chamber and that if the minutes of the plenary session do not reflect it, there would be falsity in the official document.

For this reason, he sees "a lot of comedy" in the debate on whether Puig's vote is invalidated if the Parliament's regulations are not reformed, regardless of whether or not the minutes are ratified.

The former vice president has first considered that ERC and Junts reached "a bad agreement between the Government from the independence point of view" and that the Catalan Executive does not represent the movement as a whole nor --in his words-- the majority of 1-O.

"If the current government persists on the path it has signed with Madrid, what has to be done is replace it," he demanded after criticizing the dialogue table and considering that its agreements contradict the legislature pact, understanding that it is not addressed self-determination and amnesty, but compliance with the Constitution.

However, he has considered that Junts will not leave the Government and that the behavior of ERC indicates that the Republicans are aware of this: "Everything that has happened is the consequence that doing so has no consequences."

‹ ›
Keywords:
Torrent
Your comment has been forwarded to the administrator for approval.×
Warning! Will constitute a criminal offense, illegal, threatening, offensive, insulting and swearing, derogatory, defamatory, vulgar, pornographic, indecent, personality rights, damaging or similar nature in the nature of all kinds of financial content, legal, criminal and administrative responsibility for the content of the sender member / members are belong.
Related News