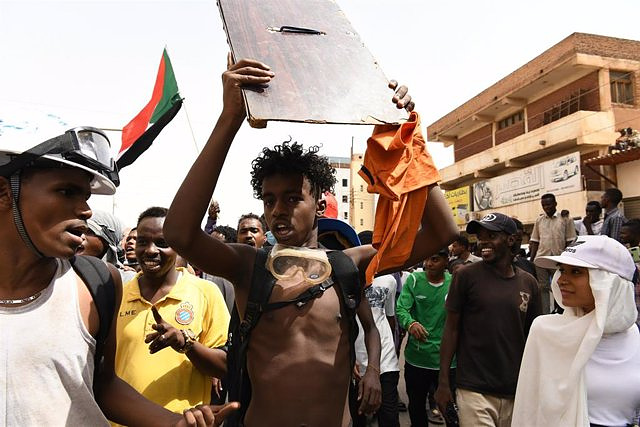 The Forces of Freedom and Change (FCC), one of the most prominent civil associations in Sudan, have assured that they will propose their candidate for prime minister of the country within a maximum period of two weeks, as well as new constitutional reforms, following the request from the military coup leader Abdelfatá al-Burhan, who at the beginning of the month asked the civilian forces to start transition preparations.

Al Burhán also announced the dissolution of the military government body, the so-called Sovereign Council, which will be replaced by another institution specialized in security and defense, although with some additional powers, possibly over foreign policy and even over the guidelines of the Central Bank.

The Sudanese military have decided to raise their hands in response to international criticism for the violence deployed by the security forces after the coup d'état they carried out last year; a riot that the military described instead as a security operation in the face of the inability to reach a consensus government after the fall of Al Bashir.

More than a hundred people have died due to the repression of the security forces since the coup, according to civil associations in the country. The protests have not ended and, in fact, new mobilizations are expected for this Sunday.

The prominent head of the FCC, Mohamed al Faki, thus confirmed in an interview with the 'Sudan Tribune' that "the forces of the revolution will announce, within two weeks, new constitutional arrangements and a civilian prime minister to put the military before the fait accompli".

Al Faki added that in the nomination process the revolutionary movements that overthrew dictator Omar al Bashir in 2019, as well as the armed groups that signed the Juba peace agreement, will have a voice and a vote.

However, Al Faki has highlighted the need to reach an agreement with the military component to decide on the powers of the new body they are preparing, the so-called Security Council, whose additional powers should not undermine those of the prime minister.

On the role of the former armed rebel groups, Al Faki has expressed his wish that Minni Minawi's Sudan Revolutionary Front (SRF) make good on its promise to accept the "Government of technocrats that asks for the streets" instead of offering to ministerial positions.

The movements that signed the peace agreements, it should be remembered, ask for a quarter of the total portfolios but have been flexible in principle to negotiate, as Minnawi pointed out on Twitter on Saturday.

Another obstacle is the Sudanese Communist Party, which is preparing its own transition initiative that could nullify the peace agreement in Juba. "This is a power disagreement," Al Faki clarified, "but we agree on the independence of the judiciary, the rights of citizenship and other issues."

‹ ›
Keywords:
FCCSudán
Your comment has been forwarded to the administrator for approval.×
Warning! Will constitute a criminal offense, illegal, threatening, offensive, insulting and swearing, derogatory, defamatory, vulgar, pornographic, indecent, personality rights, damaging or similar nature in the nature of all kinds of financial content, legal, criminal and administrative responsibility for the content of the sender member / members are belong.
Related News