The Fed raises rates again by 75 basis points, to its highest level since 2018

The Federal Open Market Committee (FOMC) of the United States Federal Reserve (Fed) has decided to raise the country's interest rates by 75 basis points, to a target range of 2. 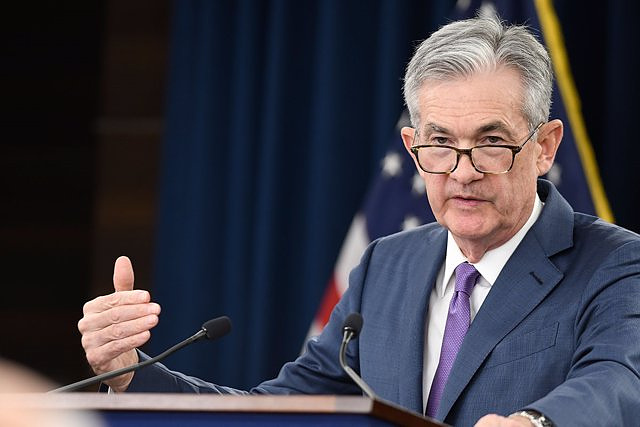 The Federal Open Market Committee (FOMC) of the United States Federal Reserve (Fed) has decided to raise the country's interest rates by 75 basis points, to a target range of 2.25% and 2.5%, its highest level since December 2018 when the Fed also placed the price of money in this range, as reported on Wednesday.

In this way, the US central bank has fulfilled the forecasts that its president, Jerome Powell, had advanced at the monetary policy meeting in June, when he opened the door to a new rise of 75 basis points after the attack in said meeting.

The monetary organization has stressed that it considers more increases in interest rates appropriate in the coming months, although it has not specified the rate of increases or how long they will take place.

The Committee has assured that it is "very attentive" to the risks that inflation entails. In addition, it has warned that it will continue to monitor the implications of the new economic data for the outlook and that it is prepared to adjust all its instruments as appropriate.

On the other hand, the balance sheet reduction plans have remained unchanged. Between June and August, the reduction will be at a rate of 47,500 million dollars per month, while after that date it will rise to 60,000 million.

The US labor market created 372,000 non-farm jobs in June. On its side, unemployment remained at 3.6%, thus maintaining the labor recovery in a sustained manner.

The country's economy experienced a contraction of 0.4% of its GDP in the first quarter, according to the third estimate of the data published by the Government Economic Analysis Office.

Likewise, the price index for personal consumption expenditure, the variable preferred by the Fed to monitor inflation, stood at 6.3% last May compared to the same month last year. The monthly rate in the first month of the year was 0.6%, four tenths more than the previous month.

The underlying variable, which excludes energy and food prices from its calculation due to their greater volatility, stood at 0.3%, the same figure as in April, while the annual rate fell to 4.7 %, two tenths less.