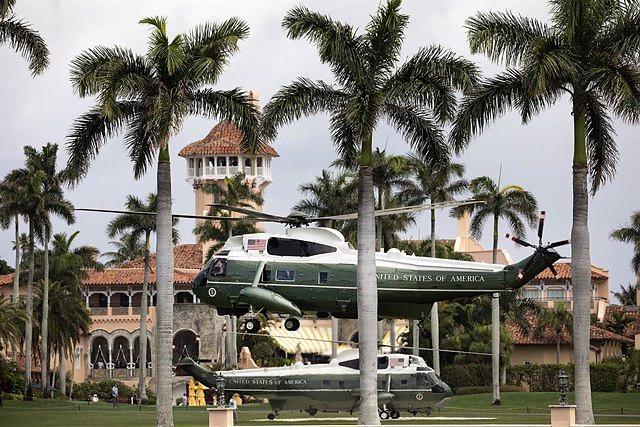 The document containing the nuclear information was found during an August 8 search of Trump's Florida residence by federal agents authorized by an FBI affidavit.

The American newspaper had reported in August that the FBI was partly looking for documents containing nuclear information, something that Trump later called a "hoax".

Some of the seized documents detail operations described as top-secret and so closely guarded that many top national security officials know nothing about them.

Specifically, only the president, some members of his Cabinet or an official close to him could authorize other government officials to learn details of these special access programs, according to people familiar with the search.

Such records are kept under lock and key, almost always in a secure compartmentalized information facility, with a designated control officer to carefully monitor their location, according to 'The Washington Post'.

The FBI had suspicions that former President Trump had committed crimes covered by the Espionage Act and other regulations, so he obtained the order to inspect the Florida mansion and broke into it on August 8. The agents took 33 boxes with more than 100 classified files.

Trump has assured that it is a politically motivated investigation and that some of the seized documents are protected by the privilege of the attorney-client relationship and the executive privilege as president.

However, the Department of Justice considers that it is classified as secret documentation that should not be in a private address once the presidential term ends. In addition, he considers that the appointment of a supervisor would paralyze the investigation.