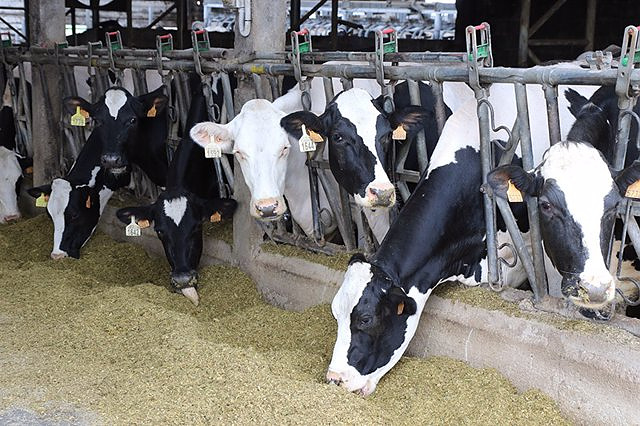 The farmers of Cantabria have once again asked this Friday for a "fair price" for milk that guarantees the survival of the sector, since although it is rising, it does so at a "very slow" rate compared to production costs, which in the medium-long term it could mean a drop in the production of milk due to the little benefit received by the producers.

This has been expressed in statements to the media by the president of the Aigas organization encompassed in La Unión de Uniones, Manuel Sainz, who together with other professionals in the sector has met in front of the Mercadona of the Bahía Real de Maliaño shopping center, in Camargo.

Sainz has reported on the current situation of the primary sector in Cantabria, given that consumers have seen how the price they pay for milk and other products from primary production has been rising, but this price increase "is not having a the same way in which the producer is paid", he detailed.

As he recalled, last year the farmers were demonstrating every week, and today, the situation "is worse", because energy, fuel or plastics have doubled their cost, as well as feed and alfalfa for the cattle feed.

"They tell us that they are already starting to bring grain from Ukraine, I don't know if it is to reassure us, but we see that the feed continues to rise day by day," said the president of Aigas, who expects the price of milk to rise because production is going down every month.

Sainz explained that farmers are choosing to kill cows to produce meat, since "the milk payroll is not enough" to cover the bills, and has indicated that the latest data from the Ministry of Agriculture published in June speak of some "27,000 fewer cows" in the national census compared to last year for that reason.

"We have not hit rock bottom yet and this is going to be a continuous bloodletting of farmers ceasing to produce milk," lamented Sainz, who believes that there could be a case of a milk deficit to cover the needs of the market.

Regarding the concentration in front of Mercadona, the president of Aigas has reported that "those most responsible" are the distribution part, and this company is the one that "has the capacity to regulate the market." "If Mercadona goes up, everyone else goes behind," he added.

‹ ›
Keywords:
GanaderíaEPAgro
Your comment has been forwarded to the administrator for approval.×
Warning! Will constitute a criminal offense, illegal, threatening, offensive, insulting and swearing, derogatory, defamatory, vulgar, pornographic, indecent, personality rights, damaging or similar nature in the nature of all kinds of financial content, legal, criminal and administrative responsibility for the content of the sender member / members are belong.
Related News