The Euribor exceeds 2% for the first time since 2011 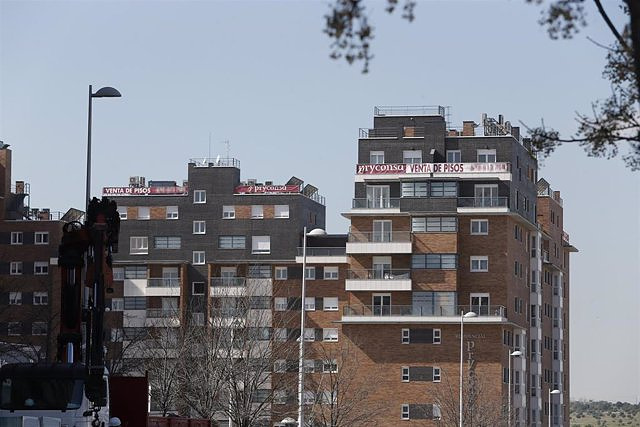 The Euribor has exceeded the barrier of 2% in its daily rate for the first time since December 2011, one day after the agreement of the Governing Council of the European Central Bank (ECB) on interest rates.

The ECB has announced a rise in interest rates of 75 basis points, so that the interest rate for its refinancing operations will be 1.25%, while the deposit rate will reach 0.75% and the loan facility, 1.50%.

In this way, the price of money has reached its highest level since 2011, when the ECB began a path of stimulus at the monetary level that has lasted more than a decade and that led it to place interest rates in negative territory. .

After this movement of monetary policy, the Euribor has climbed in its daily rate to 2.015%, compared to 1.903% of the previous day.

The 12-month Euribor closed August with a monthly average of 1.25%, its highest level since May 2012. The indicator started September at 1.851% and, so far this month, has not quoted on any day below that level.

The escalation of the Euribor entails an increase in the price of variable-rate mortgages that are subject to review. If September closed at 1.9%, a mortgage of 100,000 euros would become more expensive by 84 euros per month or 1,000 euros per year.

Asufin predicts that the Euribor will stand at 2.2% at the end of the year and believes that it could reach 3% in 2023. From HelpMyCash they consider that it will be around 2.5% when the year ends and they do not rule out that it could touch 3%, depending on how the European economy performs and whether the ECB raises rates once more in 2022 or twice at the October and December meetings.

‹ ›
Keywords:
BCESector Financiero
Your comment has been forwarded to the administrator for approval.×
Warning! Will constitute a criminal offense, illegal, threatening, offensive, insulting and swearing, derogatory, defamatory, vulgar, pornographic, indecent, personality rights, damaging or similar nature in the nature of all kinds of financial content, legal, criminal and administrative responsibility for the content of the sender member / members are belong.
Related News