The European Union has indicated this Wednesday that the decision of the Russian president, Vladimir Putin, to decree a "partial mobilization" of the population in the face of the war in Ukraine shows that he wants an "escalation" of the conflict and it is a sign of "desperation". 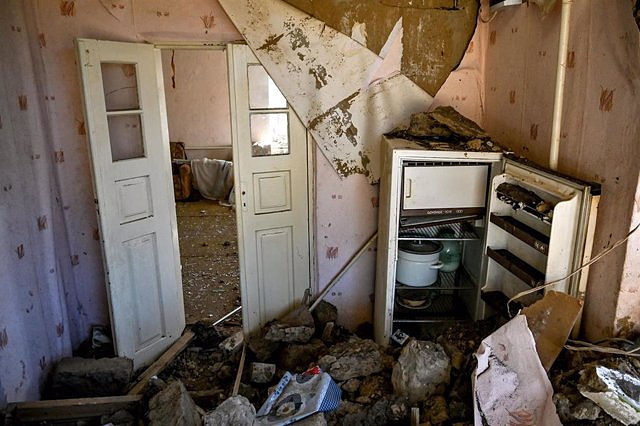 The European Union has indicated this Wednesday that the decision of the Russian president, Vladimir Putin, to decree a "partial mobilization" of the population in the face of the war in Ukraine shows that he wants an "escalation" of the conflict and it is a sign of "desperation". " From Russia.

"This is just another proof that Putin is not interested in peace, but in escalating his war of aggression," said the EU's foreign spokesman, Peter Stano, at a press conference from Brussels.

For community diplomacy, the mobilization of reservists by Russia is evidence of the Kremlin's "desperation" with the ongoing invasion of Ukraine and a sign that Putin "is only interested in continuing the war" and deepening its consequences such as the energy and food crisis.

The activities related to the Russian military mobilization announced by Putin will start this Wednesday and, in principle, only reservists, mainly those with experience, will be called up. It is the largest movement of Russian troops since it attacked Ukraine last February.

Likewise, the spokesman for the EU High Representative for Foreign Policy, Josep Borrell, has made it ugly that the negative consequences of the war are felt throughout the world and that the Russian president's announcement only contributes to deepening the crisis.

"The aggression also has consequences for the Russian population and is not only an attack against Ukraine, but against the principles of the international community and the countries that subscribe to the principles of sovereignty and integrity recognized by the United Nations," he stressed.

Regarding the option of redoubling the sanctions against Russia, Stano pointed out that the steps taken by Moscow, with the announcement of a partial mobilization, the holding of accession referendums in the occupied zones or the discovery of mass graves in Izium, "will find the response from the EU" and has indicated that the member states of the bloc are already in contact on the margins of the United Nations General Assembly to study possible actions.

Along the same lines, the president of the European Council, Charles Michel, regretted that the Kremlin's announcement came in the midst of a diplomatic meeting in New York where countries work for cooperation, security and prosperity.

"In this war there is only one aggressor, Russia, and one country under attack, Ukraine. The EU's support for Ukraine will remain firm," the former Belgian prime minister stressed in a message on his Twitter profile.

Putin's message also has implications for nuclear security, after he has assured that the West's "nuclear blackmail" against Moscow can be reversed and "the wind could blow in his direction." The Russian president has alleged that the attacks in the area of ​​the Zaporizhia nuclear power plant are incited by the West and threaten a nuclear catastrophe.

In this regard, the spokesman for community diplomacy has reiterated that Russia "plays with nuclear security" and that the Kremlin uses these elements as part of "its arsenal of terror" in the context of the invasion of Ukraine.

For Stano, this situation shows how far Putin is willing to go in his offensive against the neighboring country. "What is most worrying is that any confrontation with nuclear weapons will affect the entire territory of Ukraine, the European and Asian space and will have unforeseeable consequences throughout the world," he warned, calling for an effort at the international level to put pressure on Moscow in this sense.

‹ ›
Keywords:
RusiaVladimir PutinUcraniaUE
Your comment has been forwarded to the administrator for approval.×
Warning! Will constitute a criminal offense, illegal, threatening, offensive, insulting and swearing, derogatory, defamatory, vulgar, pornographic, indecent, personality rights, damaging or similar nature in the nature of all kinds of financial content, legal, criminal and administrative responsibility for the content of the sender member / members are belong.
Related News