The EU approves the disbursement of the second tranche of 5,000 million in loans to Ukraine 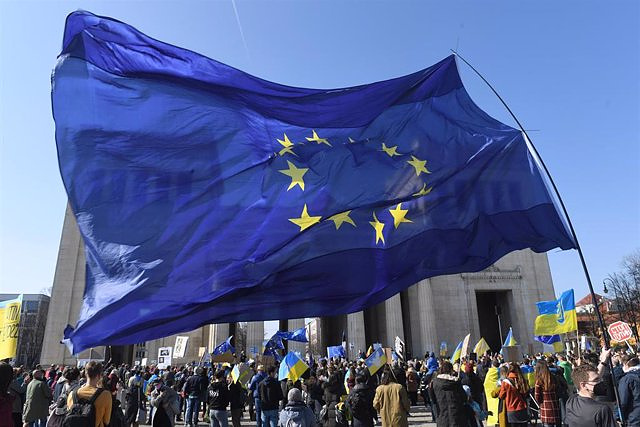 The European Union has approved on Tuesday the disbursement of the second tranche of macro-financial aid to Ukraine of 5,000 million euros, in the context of the Russian military invasion of the country.

"We keep our promises and ensure that the Ukrainian state and its key infrastructures can continue to function despite Russian military aggression," said Czech Finance Minister and rotating EU Presidency Zbynek Stanjura.

The Twenty-seven have taken the decision to disburse this economic aid to Ukraine, the last step in the process. An endowment to be granted in the form of long-term loans on favorable terms for kyiv.

This decision comes after last September 9 the Ministers of Economy and Finance of the European Union will support providing Ukraine with this second payment of macro-financial aid and after the approval of the European Parliament last Thursday.

In addition, Stanjura has indicated his intention that the next meeting of the EU Economy and Finance Ministers end with an agreement on the disbursement of the remaining 3,000 million euros of the 9,000 million euro package announced by the Community Executive last May.

In August, Brussels disbursed the first installment of 1,000 million euros of macro-financial assistance to Ukraine in two tranches

This new allocation of €5 billion is intended to contribute to the financial stabilization of the country, improve its resilience and recovery capacity while contributing to Ukraine's debt sustainability and its ability to reach a position where resume your financial obligations

This assistance complements the 10,000 million euros that the EU has already allocated in financial, humanitarian and military aid.

This macro-financial aid package is part of the association agreement between Ukraine and the EU that entered into force in September 2017 and that establishes a series of reforms to be carried out by kyiv, such as respect for common values, the fight against corruption, judicial independence, the rule of law and the creation of a better business climate.

‹ ›
Keywords:
UcraniaUE
Your comment has been forwarded to the administrator for approval.×
Warning! Will constitute a criminal offense, illegal, threatening, offensive, insulting and swearing, derogatory, defamatory, vulgar, pornographic, indecent, personality rights, damaging or similar nature in the nature of all kinds of financial content, legal, criminal and administrative responsibility for the content of the sender member / members are belong.
Related News