He is convicted and imprisoned in France, which has temporarily handed him over to Spain to answer for this and other ETA cases. 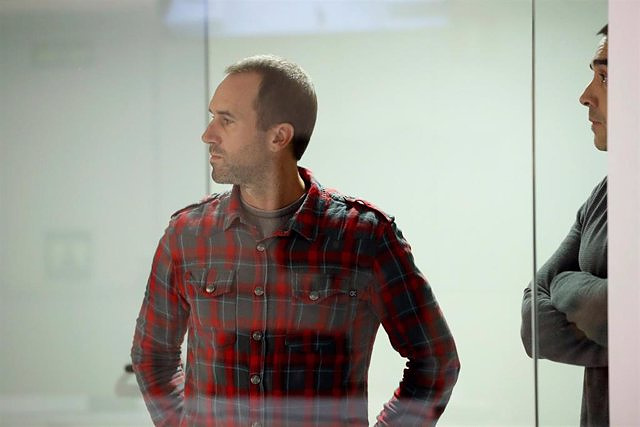 He is convicted and imprisoned in France, which has temporarily handed him over to Spain to answer for this and other ETA cases

The National Court (AN) judges from this Tuesday the ETA member Garikoitz Aspiazu Rubina, alias 'Txeroki', for whom the Prosecutor's Office requests 32 years in prison for an attack committed in 2002 in Bilbao with a car bomb that caused minor injuries , as well as more than one and a half million euros in material damage.

In August, France handed 'Txeroki' over to Spain to be tried for this attack and to appear for other causes. Police sources confirmed to Europa Press that the former ETA leader will remain incarcerated in Madrid's Soto del Real prison.

The Prosecutor's Office considers him the author of the crimes of terrorist havoc, robbery and theft of a vehicle with intimidation and terrorist purposes, and illegal detention for the same purposes. And in addition to the 32 in prison, he claims 75 years of absolute disqualification, according to his provisional conclusions, collected by Europa Press.

The prosecutor states in the letter that the car bomb exploded around 1:45 p.m. on January 12, 2002, slightly injuring some people and causing "multiple" material damage to homes, vehicles and surrounding establishments. ETA claimed responsibility for the attack on April 4 of that same year.

Placed by the 'K-Olaia commando', of which 'Txeroki' was then a part, in the car there was a device made up of 30 kilos of dynamite-type explosive and a timer activation system, with an arming lock and two electric detonators in parallel.

The car bomb had been stolen, an hour before it exploded, from a person, to whom "two men" appeared "in the name of ETA", they threatened him with a pistol and forced him to get into the back They put a hood on him and tied his wrists with ropes, telling him to collaborate with them.

Minutes later, and when they had driven only a few meters, they lowered the hostage from the vehicle and tied him to a tree, "remaining like that for a period of approximately two hours, until he was freed by several Ertzaintza agents, at 3:15 p.m., approximately," it is noted in the tax document.

Minutes before the explosion, ETA informed the 'SOS Deiak' Emergency Coordination Center and the Ertzaintza, the Basque police, of the place where the car bomb was located: on Gran Vía street in Bilbao, in the vicinity of the Bank of Spain.

As civil liability, the Public Ministry asks the AN to sentence the ETA leader to compensate those harmed by these events at 1.5 million euros for damage to real estate, plus another 111,369 for damage to movable property.

'Txeroki' was handed over by the French authorities after Spanish judges asked France to transfer him for at least six months, but the Paris Court of Appeal finally agreed to limit the defendant's handover to two months.

This temporary delivery falls within the normal collaboration relationship between both countries. In fact, 'Txeroki' has been transferred to Spain on several occasions to answer for various attacks. One of them occurred in 2009, shortly after his arrest, when he appeared before the Spanish Justice to testify for five attacks committed by ETA between January and February 2002, in which he acted as leader of the aforementioned 'K command -Hello.

Mikel Garikoitz Aspiazu Rubina, alias 'Arrano' and 'Txeroki', was born in Bilbao 49 years ago and began his participation in the ETA terrorist group in 2000, as a collaborator with the 'Ituren command'. He would later join the 'Vizcaya command', to which several attacks committed between 2001 and 2003 are attributed. From 2003 until his arrest in 2008 he was the organization's military chief.

'Txeroki' was arrested in Cauterets (in the French Pyrenees) on November 17, 2008 in an operation against the leadership of the terrorist group. During his leadership of the commandos he had a direct confrontation with the then 'number one' of the band, the late Javier López Peña, alias 'Thierry'. Despite having already been tried and sentenced in France, where he is in prison, Aspiazu Rubina has also been investigated for numerous causes in Spain.

‹ ›
Keywords:
Audiencia NacionalBilbaoETATerrorismo
Your comment has been forwarded to the administrator for approval.×
Warning! Will constitute a criminal offense, illegal, threatening, offensive, insulting and swearing, derogatory, defamatory, vulgar, pornographic, indecent, personality rights, damaging or similar nature in the nature of all kinds of financial content, legal, criminal and administrative responsibility for the content of the sender member / members are belong.
Related News