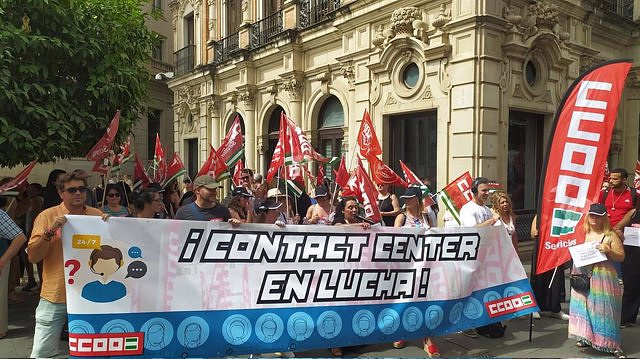 The Association of Customer Experience Companies (CEX), employers of the contact center sector, has agreed to guarantee that 80% of the staff of its member companies are permanent as part of the negotiation for a new agreement.

Therefore, the other 20% will be made up of temporary or permanent discontinuous contracts according to the labor reform, according to the CCOO, which has positively valued the step taken by the employers in a statement, although it considers that the positions are still far away.

The union has asked for greater guarantees, such as a minimum percentage of full-time staff and consolidation of temporary extensions of the day, since part-time is a common modality in these companies.

Likewise, the representation of the workers has also stated that it will not limit the use of teleworking and has celebrated that the companies have committed to maintaining secondment centers in the same province of residence of the workers.

The parties will meet again on September 29 to address the subrogations in the event that it changes hands and wages, two of the points where unions and employers have collided more often in the last year due to the loss of purchasing power of the employees.

After the latest strikes, the employers of the contact center recommended to its associated companies that they raise their employees' salaries by 2.5% this year.

The collective agreement for the contact center sector expired in 2019, which has resulted in the freezing of wages and the wages of various professional categories falling below the minimum interprofessional wage.