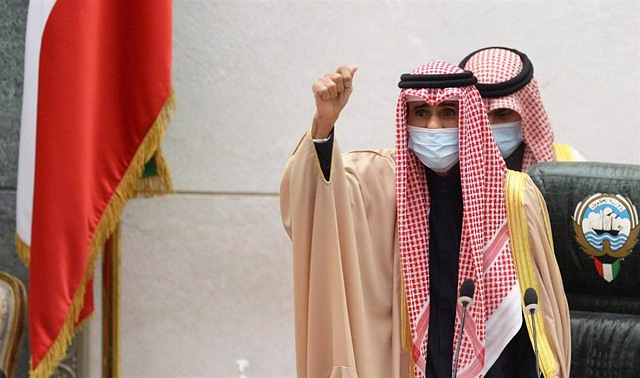 The emir of Kuwait, Sheikh Nauaf al Ahmed al Sabá, announced on Tuesday the dissolution of Parliament a day after appointing a new Executive, thus paving the way for early elections within two months, according to the news agency KUNA.

"To rectify the political scenario that implies a lack of harmony and cooperation, in addition to differences, conflicts, personal interests, non-acceptance of others, practices and behaviors that threaten national unity, it was essential to turn to the people who represent destiny, the extension, survival and existence (of political power)," he stated.

According to the Kuwaiti constitution, new elections must be held within the next two months, otherwise the dissolution will be considered null and void and the outgoing Assembly will be reactivated, as reported by the Kuwait Times.

The Emir of Kuwait announced on Monday the composition of the new Kuwaiti Government, which will be headed by his son Ahmed Nauaf al Ahmed al Sabá and will have twelve ministers, including Ahmed Naser al Mohamed al Sabá, the new Foreign Minister, and Mohamed Abdulatif al Fares, new deputy prime minister and oil minister.

The crown prince, Mishal al Ahmad al Jaber al Sabá, announced the dissolution of Parliament last June and urged the holding of general elections in the midst of a political crisis. "I ask the population to elect a new chamber in the coming months that can shoulder the responsibility of maintaining state stability," he asserted.

‹ ›
Keywords:
Kuwait
Your comment has been forwarded to the administrator for approval.×
Warning! Will constitute a criminal offense, illegal, threatening, offensive, insulting and swearing, derogatory, defamatory, vulgar, pornographic, indecent, personality rights, damaging or similar nature in the nature of all kinds of financial content, legal, criminal and administrative responsibility for the content of the sender member / members are belong.
Related News