The electricity bill rose 67% in July, being the second most expensive in history, according to Facua 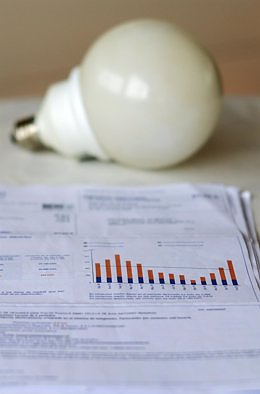 The electricity bill of an average user with the regulated rate --the so-called PVPC-- stood at 142.30 euros in the month of July, which represents an increase of 66.7% compared to the same month last year, thus being the second most expensive in history, only surpassed by the 176.73 euros of last March, according to data from Facua-Consumidores en Acción.

This electricity bill has been given despite the application of the gas cap, which came into force on June 15 and, therefore, has already been in force for the whole month in July, as well as the drop in VAT at 5%.

According to the organization's calculations, the arithmetic average between the three sections this month was 35.74 cents, 76.1% more than the 20.30 a year ago. The weighted average, taking as reference the consumption of the average user in each section, was 35.71 cents, 85.0% higher than the 19.30 cents of July last year.

The average user used by Facua in its analyzes has a contracted power of 4.4 kilowatts (kW) --the same at peak and off-peak hours-- and a monthly consumption of 366 kWh.

As for the percentages of consumption in the three time slots of the new billing system, the association has taken as a reference the traditional average user profile without time discrimination published by the National Commission of Markets and Competition (CNMC), which consumes 45% of electricity in off-peak hours, 29% in peak hours and 26% in flat hours.

For its part, the average daily electricity market price for the month of July was 142.66 euros per megawatt hour (MWh), 54.4% higher than the average price for July last year.

Likewise, Facua considered that the marginal auction model is "the origin of speculation and the disproportionate prices paid by consumers" and asked the Spanish Government to propose to the European Commission "a radical change in the system, given that it is crazy that consumers have to pay for the cheapest energy at the price of the most expensive".

Likewise, the organization demanded that the Government protect families by declaring them all --except for the highest incomes-- vulnerable consumers, so that they can avail themselves of a special social bond, which would allow them to pay rates with large discounts on what the market dictates.

‹ ›
Keywords:
Facua
Your comment has been forwarded to the administrator for approval.×
Warning! Will constitute a criminal offense, illegal, threatening, offensive, insulting and swearing, derogatory, defamatory, vulgar, pornographic, indecent, personality rights, damaging or similar nature in the nature of all kinds of financial content, legal, criminal and administrative responsibility for the content of the sender member / members are belong.
Related News