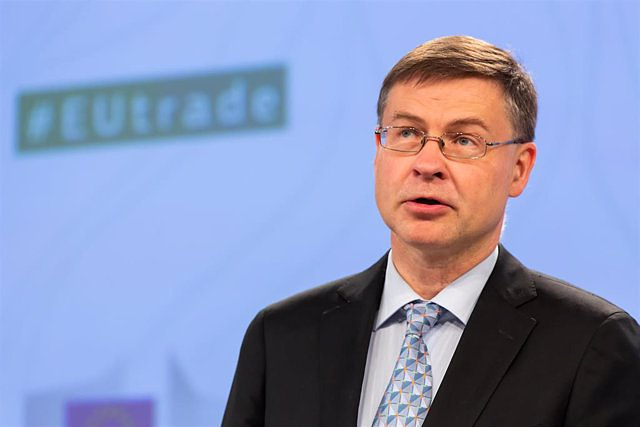 The European Investment Bank (EIB) announced this Thursday the disbursement of the first installment of 500 million euros from the support package for Ukraine of 1,590 million euros, within the framework of cooperation with the European Commission to assist the country in the face of aggression Russian.

This is the first tranche of the second aid package, after the first emergency aid of 668 million euros was allocated in the month following the military invasion of Ukraine, ordered by Russian President Vladimir Putin on February 24 .

These funds are intended to cover short-term financial needs and support the urgent reconstruction of infrastructure such as roads, bridges and railway lines. Strategic state transport companies will also help, in a measure that also seeks to facilitate the export of cereals from the country, one of the largest grain producers in the world.

The Executive Vice President of the European Commission, Valdis Dombrovskis, has defended the "real impact" on Ukraine of the financial package, assuring that it will help Ukraine address its most urgent financing needs and repair road and rail infrastructure damaged by Russian military aggression. .

"This support is vital for the people and economy of Ukraine. This first payment of 500 million euros is proof of the EU's unwavering commitment to support Ukraine, and they will continue to be more in line with that commitment this month," he said. .

Along the same lines, the director of the EIB, Werner Hoyer, has valued the joint work with Brussels to help Ukraine meet its urgent investment needs. As he has pointed out, it will serve to support everything from infrastructure networks to the provision of basic services to the population.

"We are working closely with the Government of Ukraine to ensure that the country can maintain and resume its most critical functions in the face of such enormous challenges and suffering," Hoyer stressed.

‹ ›
Keywords:
Comisión EuropeaUcraniaBanco Europeo De Inversiones
Your comment has been forwarded to the administrator for approval.×
Warning! Will constitute a criminal offense, illegal, threatening, offensive, insulting and swearing, derogatory, defamatory, vulgar, pornographic, indecent, personality rights, damaging or similar nature in the nature of all kinds of financial content, legal, criminal and administrative responsibility for the content of the sender member / members are belong.
Related News