The Duma unanimously ratifies the annexation to Russia of Donetsk, Lugansk, Jershon and Zaporiyia 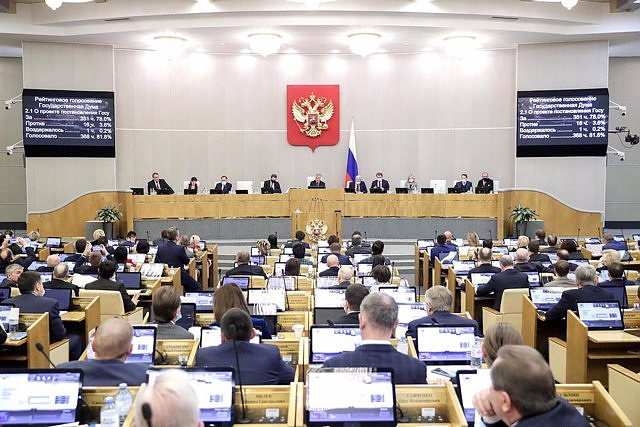 The Russian Duma, the Lower House of Parliament, unanimously ratified on Monday the annexation to Russia of the Ukrainian territories of Donetsk, Lugansk, Jerson and Zaporiyia, partially occupied by Russian troops and after Russian President Vladimir Putin, declared last week that they were already part of Russian territory.

Thus, the deputies have given their approval to the treaties to annex these areas taking into account "the existing borders when they were formed", according to information from the TASS news agency.

Although the annexation documents were signed on Friday, the Duma had not yet ruled on the matter. Now, the borders of these territories will become the external borders of Russia, according to these treaties.

It will be precisely Putin who will appoint the governors of the four regions, which are located in eastern Ukraine, during the next 10 days. Also, regional governments will be formed in accordance with current Russian legislation.

During a symbolic act in the Kremlin and in the presence of the main authorities of the country and the pro-Russian leaders of the four Ukrainian regions, Putin took a new step on Friday in his sovereignist offensive against the neighboring country, ignoring the warnings of Western governments and the UN, who question the legal validity of this annexation.