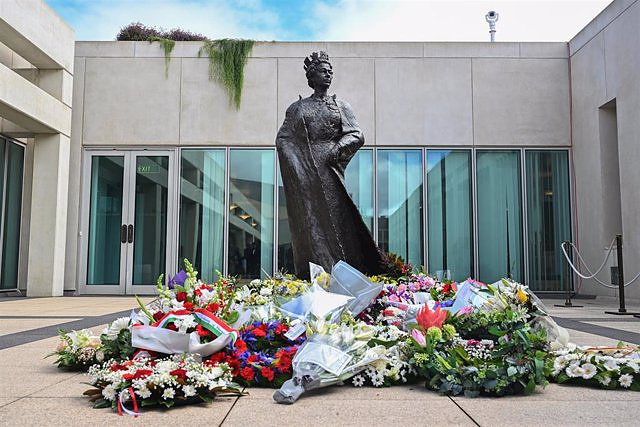 After the death of Queen Elizabeth II, the group of 54 nations with British ties, known as the Commonwealth, faces an uncertain future after some of the countries that comprise it have hinted at the possibility of raising a republican future, outside from the fringes of the British monarchy.

Founded at the end of 1926, the Commonwealth seeks to promote political and economic cooperation although, since the middle of the last century, belonging to it does not mean that the member countries must pay homage to the British monarch.

Although under the long reign of Elizabeth II the organization has seemed to enjoy a certain stability -despite the recent rupture of Barbados-, after the death of the monarch some nations have opened the possibility of leaving the Commonwealth.

Thus, countries such as Antigua and Barbuda or New Zealand have left, to a greater or lesser extent, the door open to republicanism, thus following in the footsteps of Barbados, which in November 2021 withdrew recognition of Elizabeth II as head of state in an act that was attended by Carlos III, then Prince of Wales and heir to the British monarchy.

Now, after the historic death of the everlasting Elizabeth II, the Prime Minister of Antigua and Barbuda, Gaston Browne, has announced that he will call a referendum to determine the future sovereign of the Caribbean archipelago, a British colony until 1981.

According to Prime Minister Browne, this step should not be interpreted as "an act of hostility", but is necessary to "complete that circle of independence" and "guarantee" the nation's sovereignty.

Joining Antigua and Barbuda, the Prime Minister of New Zealand, Jacinda Ardern, has left the door open for the oceanic country to disengage from the British monarchy and, although she has predicted that it will not be "a short-term measure", it will he considers that he will see this change before he dies.

"I've made my point clear many times. I think (independence) is where New Zealand is going in the future. It's likely to happen in my lifetime, but don't look at it as a short-term measure or anything." to be on the agenda in the short term," said Ardern.

For his part, the Prime Minister of Australia, Anthony Albanese, leader of another of the great countries that make up the Commonwealth, has acknowledged that "now is not the time to speak" regarding the possible departure of the group, and has recalled that Isabel II always "respected the self-determination of the Australian people".

Meanwhile in Canada, although demographic studies show a certain pro-independence will, Prime Minister Justin Trudeau seems to leave this issue off his political agenda, even more so considering that, at the constitutional level, to approve any change in this regard, the support of unanimous vote of all the provincial legislatures.

The Jamaican authorities seem to be more determined, because although in recent days they have not ruled on the matter, there is a historic desire for independence on the Caribbean island recognized by the Prime Minister, Andrew Holness, last March.

Along the same lines, in Saint Vincent and the Grenadines, in the past there have been demonstrations against the monarchy and its head of government, Ralph Gonsalves, proposed in July to hold a referendum, although he recognized that this could only be carried out out following an agreement with supporters to remain part of the Commonwealth.

On another level are countries such as the Bahamas, Belize, Granada, Saint Kitts and Nevis or Saint Lucia, where there are also independence movements although they have not been reactivated in recent times, not even after the death of Elizabeth II.

Thus, the future of the Commonwealth is emerging as one of the great challenges that Charles III will have to face, who, after years of waiting to take the baton, already in his first speech as king endorsed "the deep personal commitment" of his mother with the group of nations.