The dead rise to two after the 7.4 earthquake that has shaken Mexico

At least two people have died as a result of the earthquake of 7. 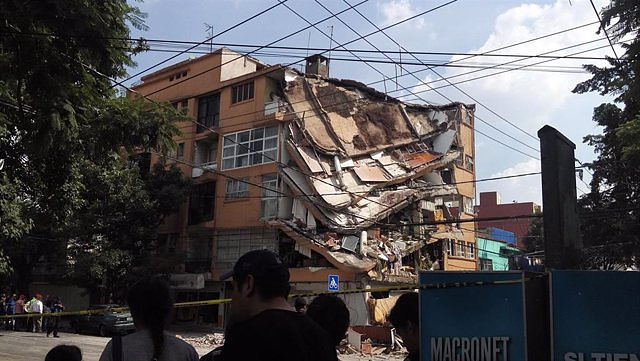 At least two people have died as a result of the earthquake of 7.4 on the Richter scale that took place this Monday with an epicenter 64 kilometers south of the Mexican city of Coalcoman, Michoacán, according to local authorities.

"Admiral José Rafael Ojeda Durán, Secretary of the Navy, informed me that a person died from the fall of a wall in a shopping center in Manzanillo, Colima," López Obrador detailed on Twitter.

The second deceased person, announced by the Civil Protection of Colima, had been trapped in the Punto Bahía shopping center, where the roof of a gym has collapsed after the earthquake.

"It is confirmed that the person who was trapped in Plaza Punto Bahía, unfortunately was found lifeless. At this time the staff is carrying out work to recover the victim," Civil Protection detailed in a statement.

This earthquake has shaken Mexico on the day in which the double anniversaries of the earthquakes that hit the country on September 19, 1985 and 2017 are celebrated.

The 2017 earthquake, which had its epicenter 120 kilometers south of Mexico City, took place just two hours after an evacuation drill marking the anniversary of the 1985 earthquake. Nearly 40 buildings collapsed and more than 5,000 buildings suffered. damage in the capital.

‹ ›
Keywords:
MéxicoTerremotos
Your comment has been forwarded to the administrator for approval.×
Warning! Will constitute a criminal offense, illegal, threatening, offensive, insulting and swearing, derogatory, defamatory, vulgar, pornographic, indecent, personality rights, damaging or similar nature in the nature of all kinds of financial content, legal, criminal and administrative responsibility for the content of the sender member / members are belong.
Related News